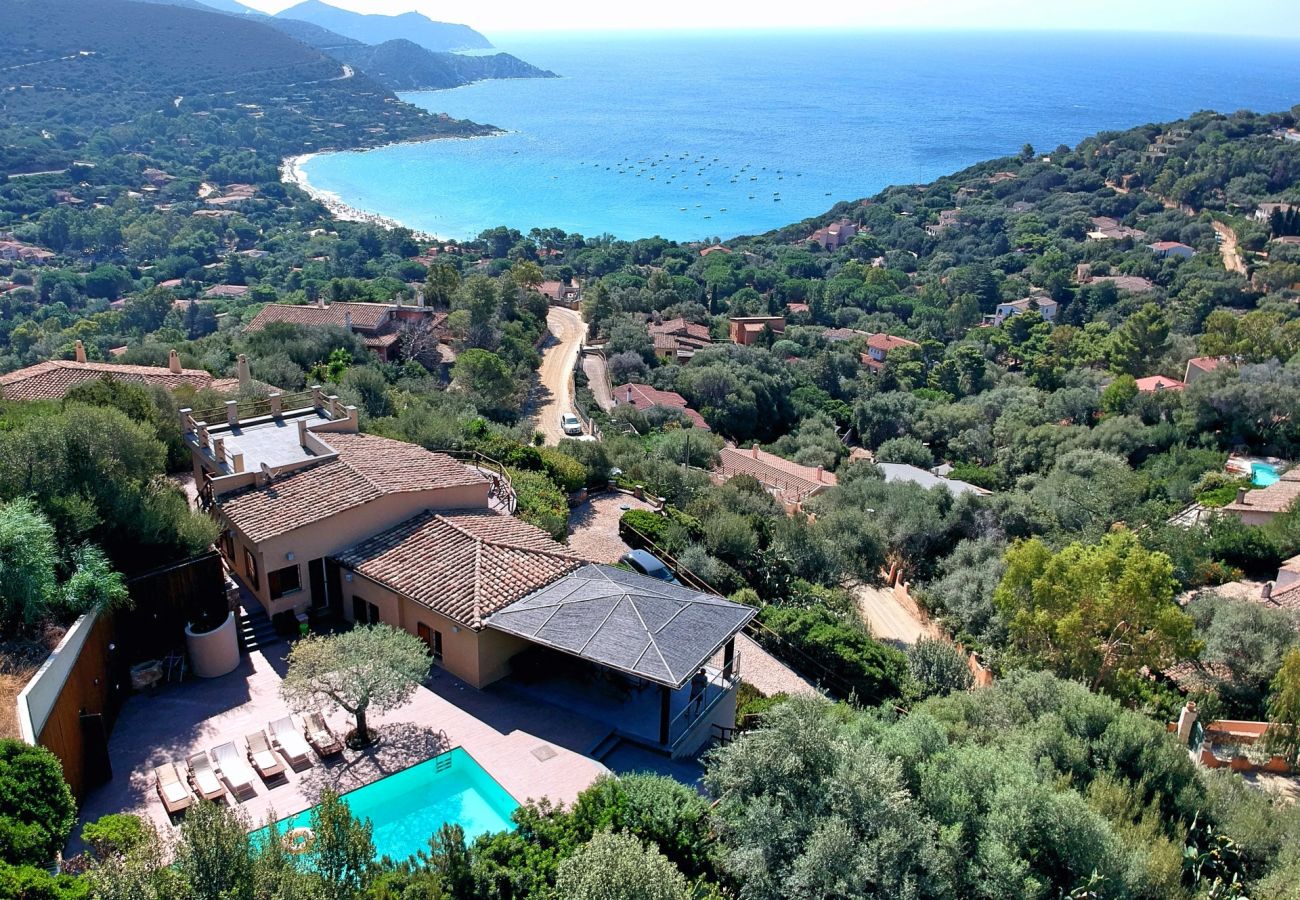 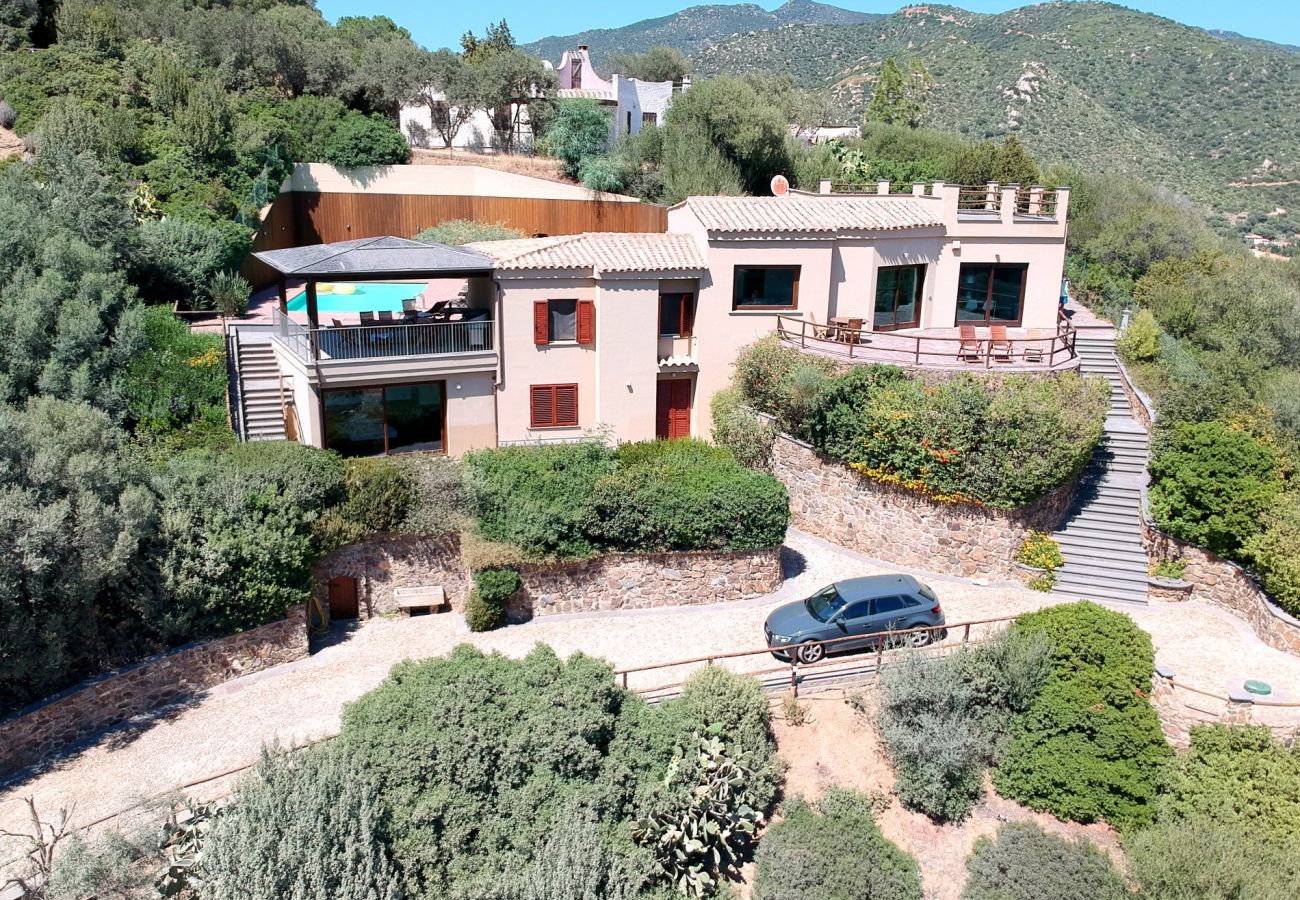 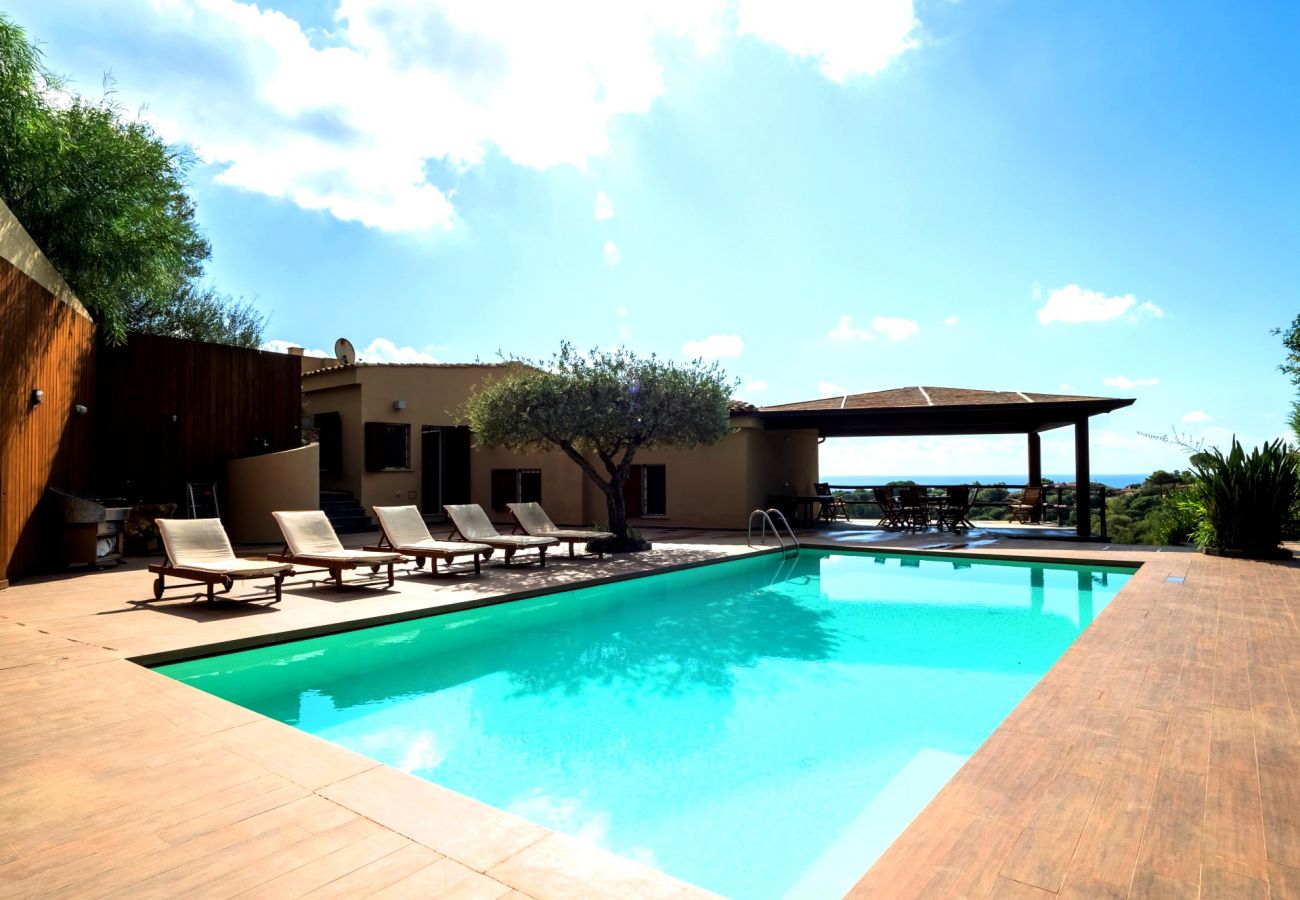 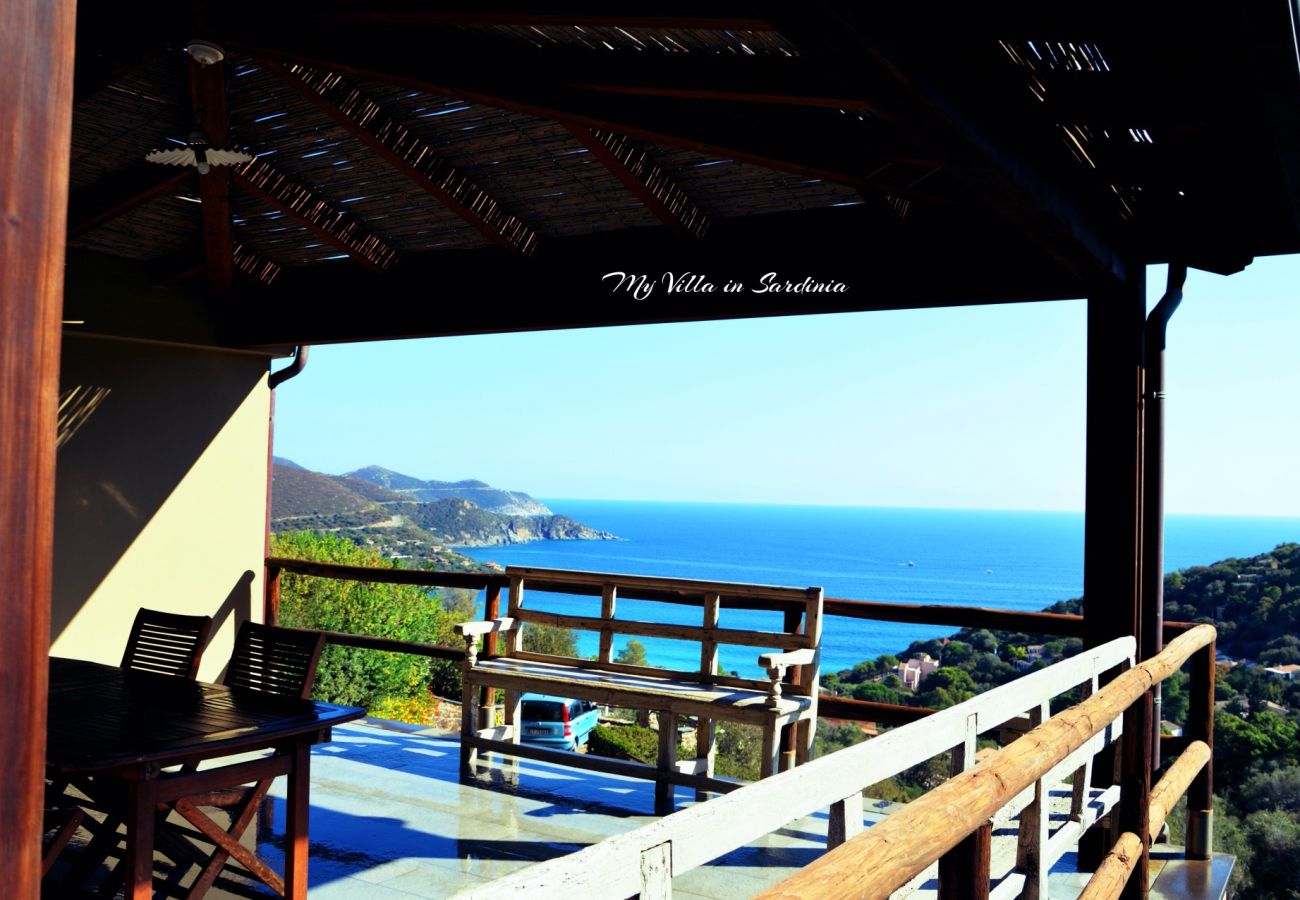 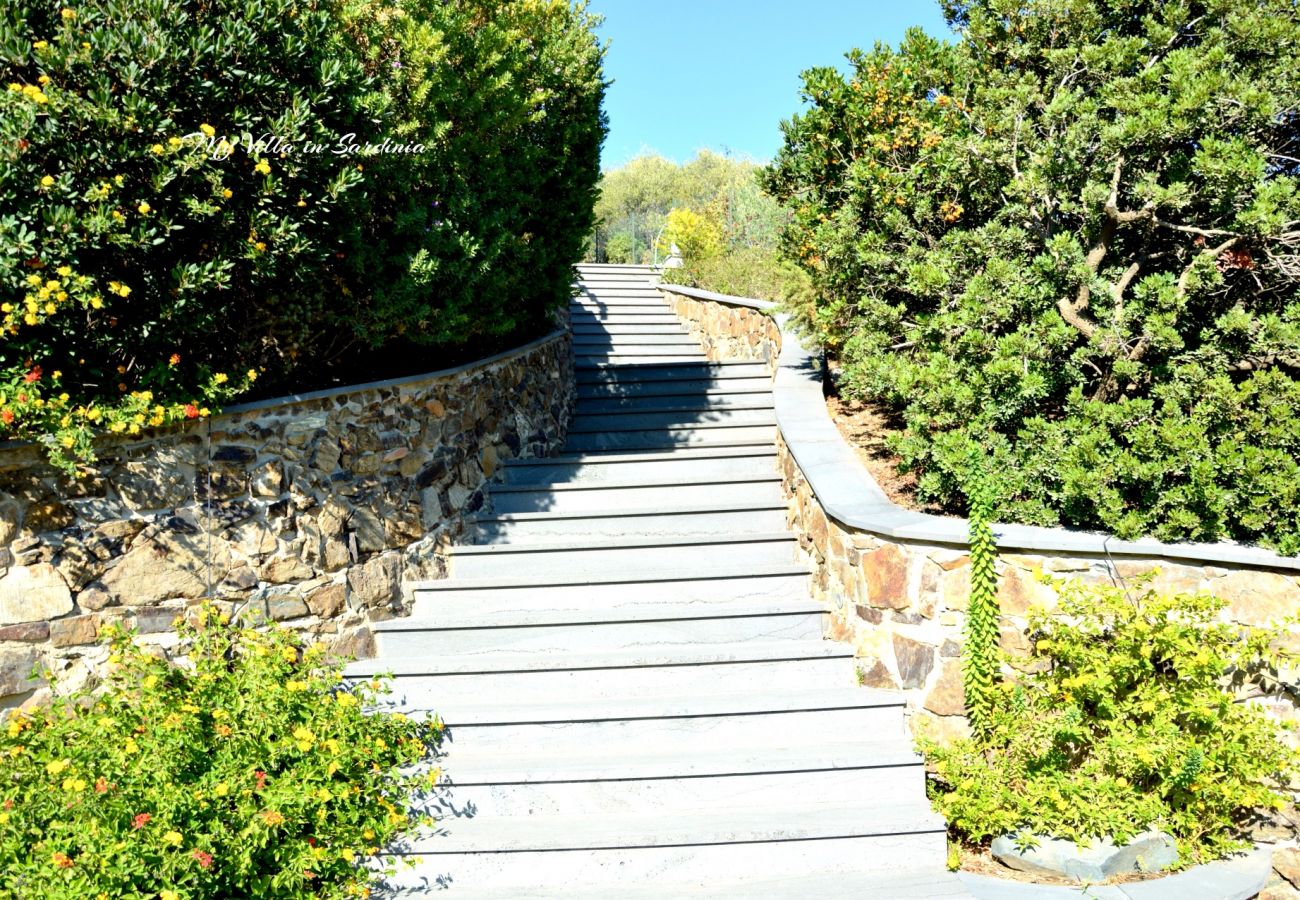 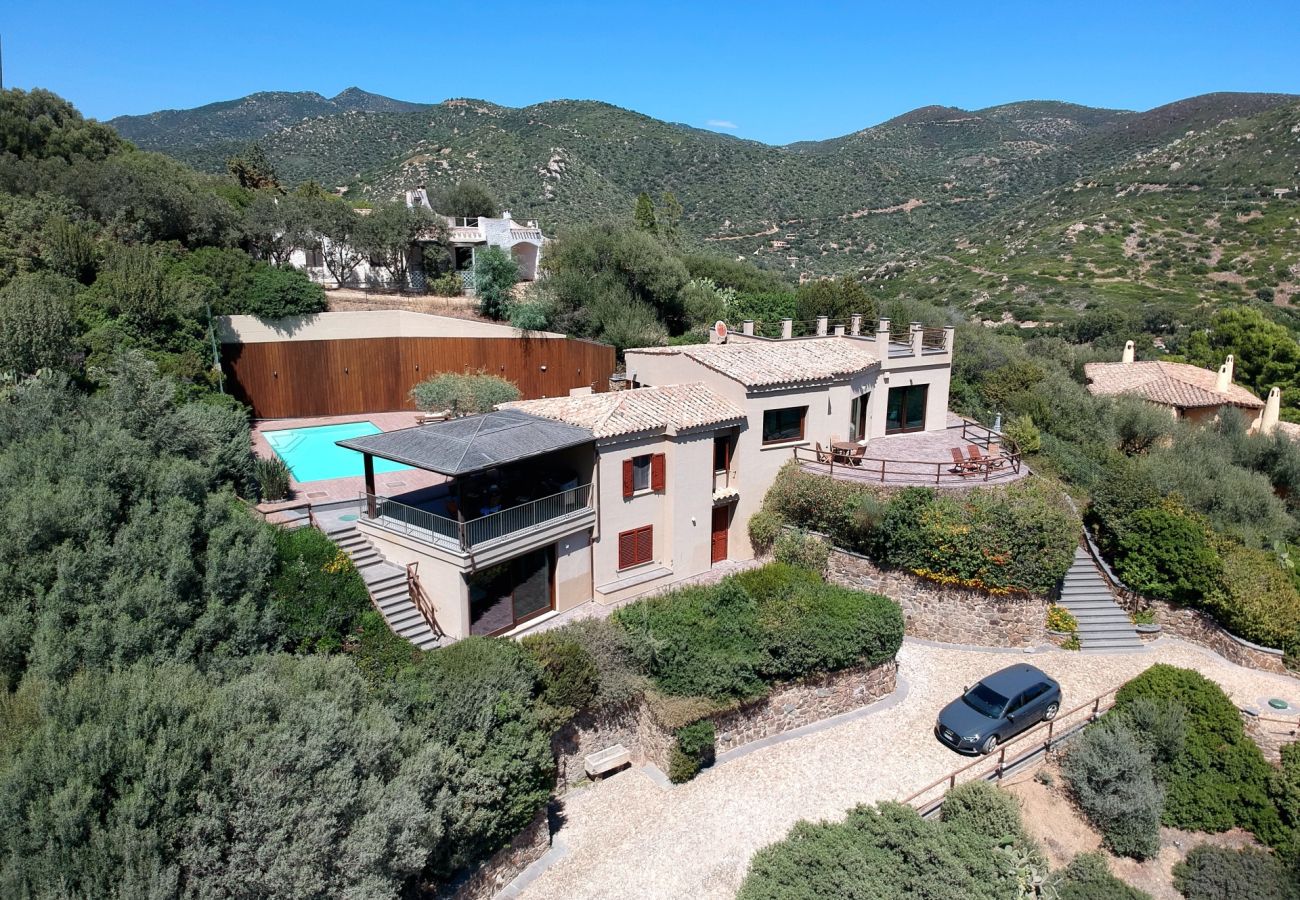 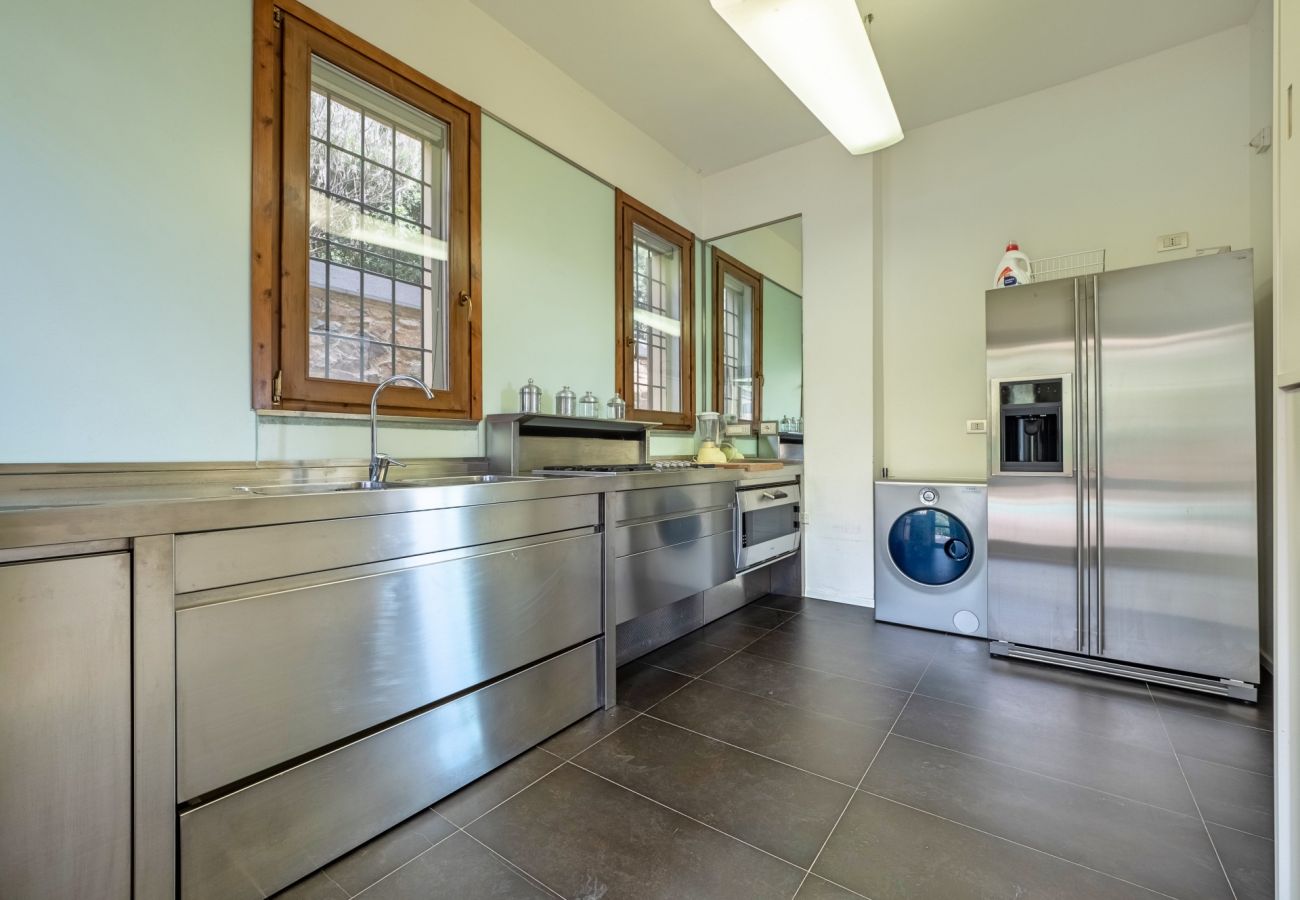 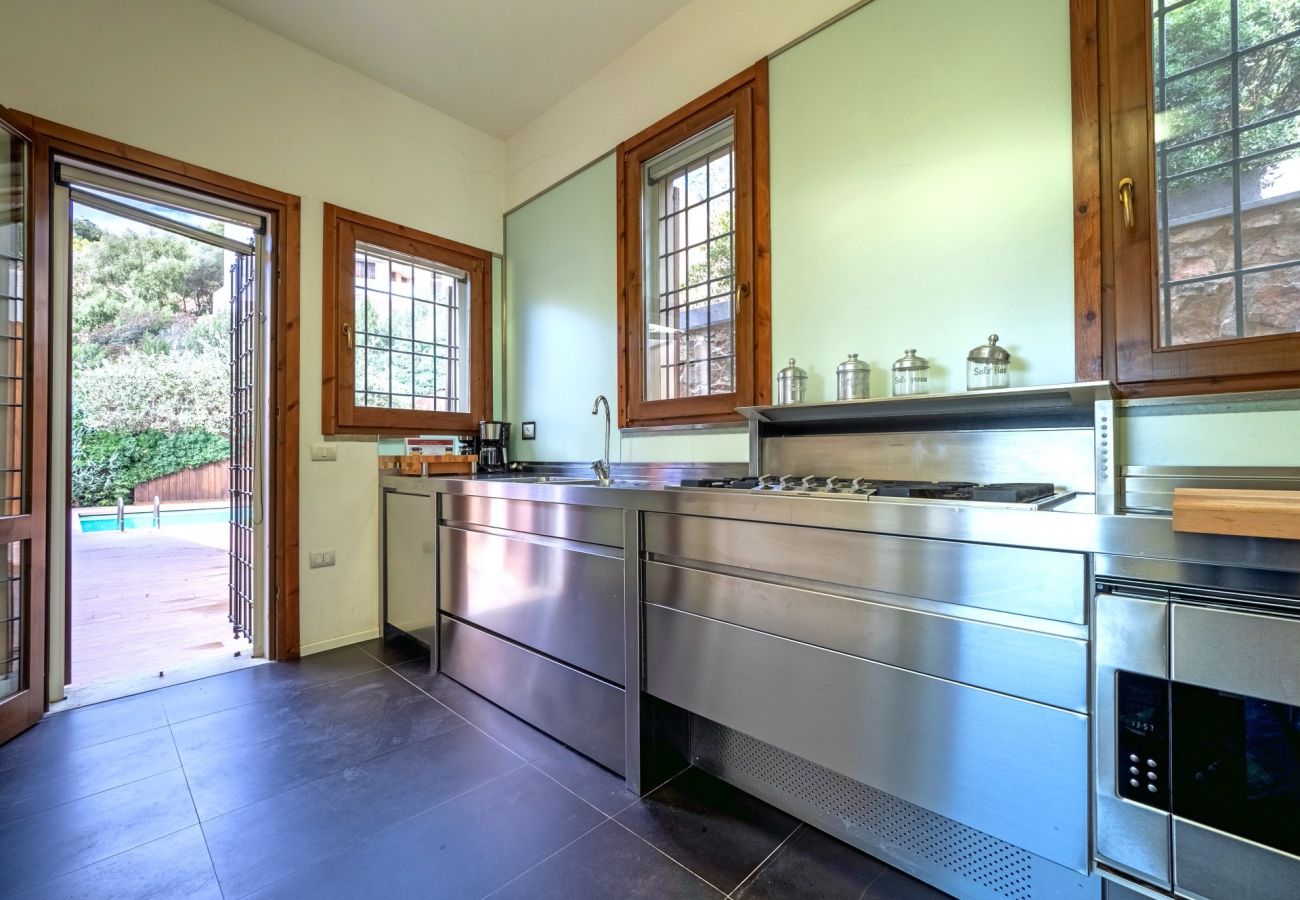 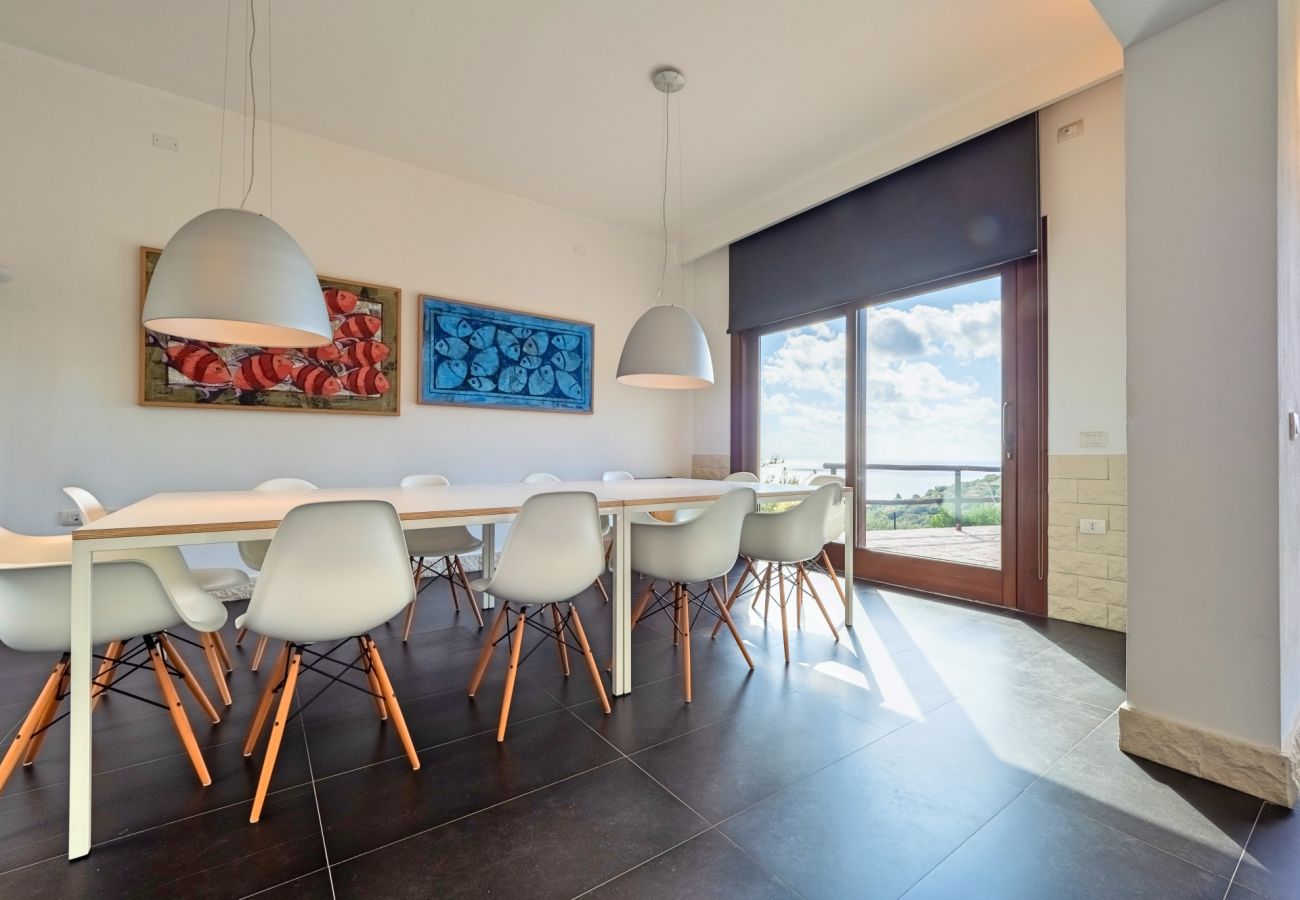 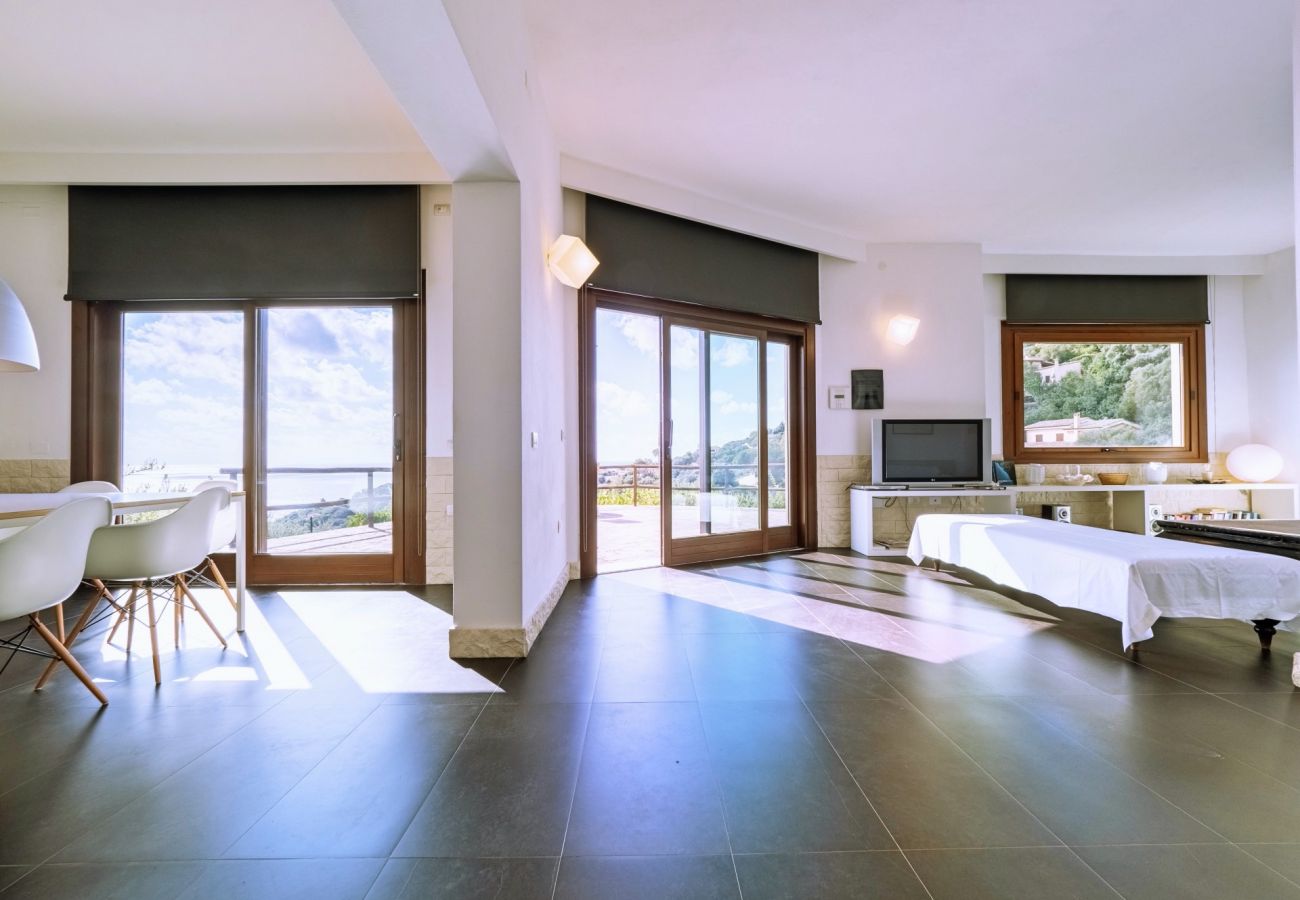 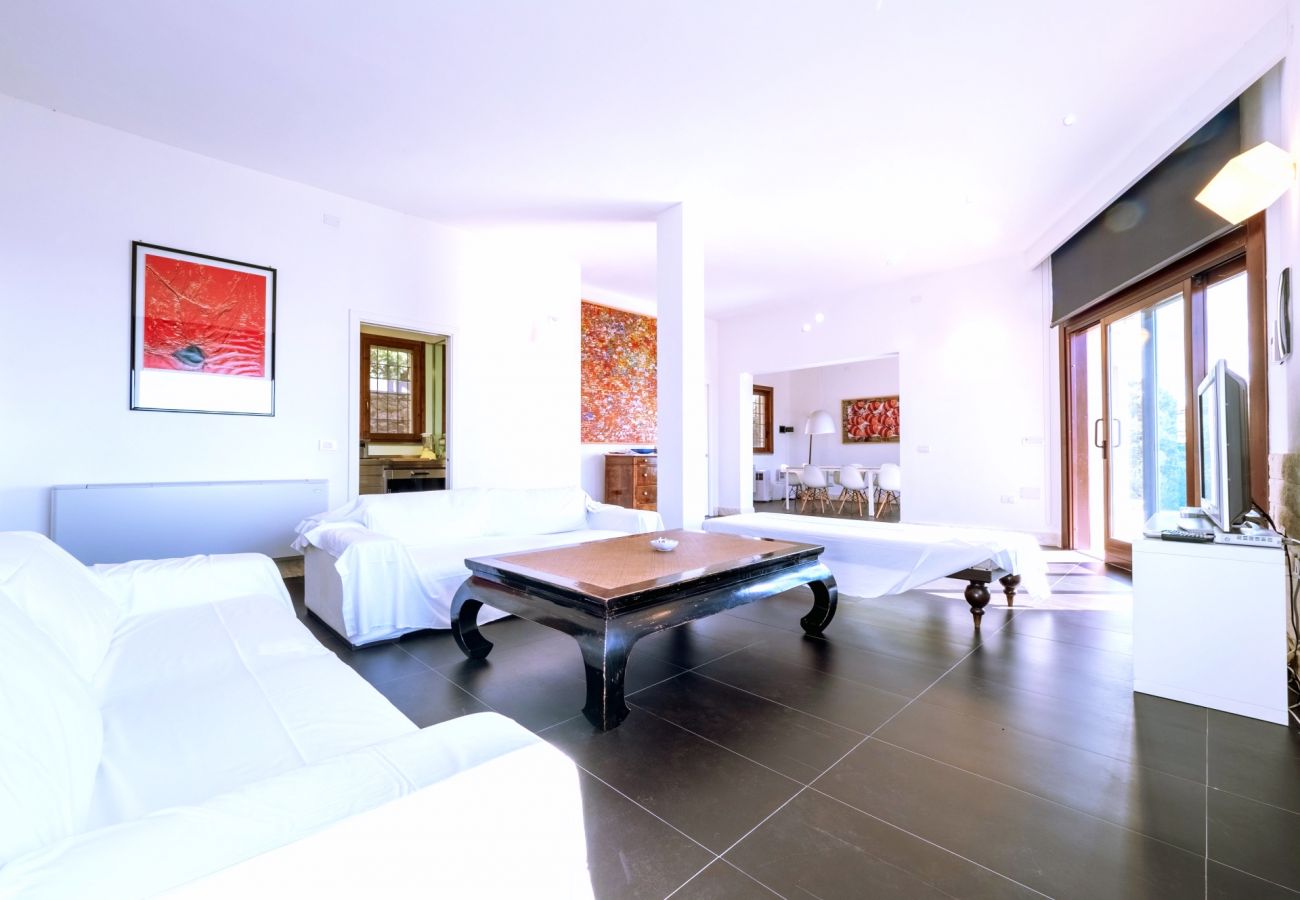 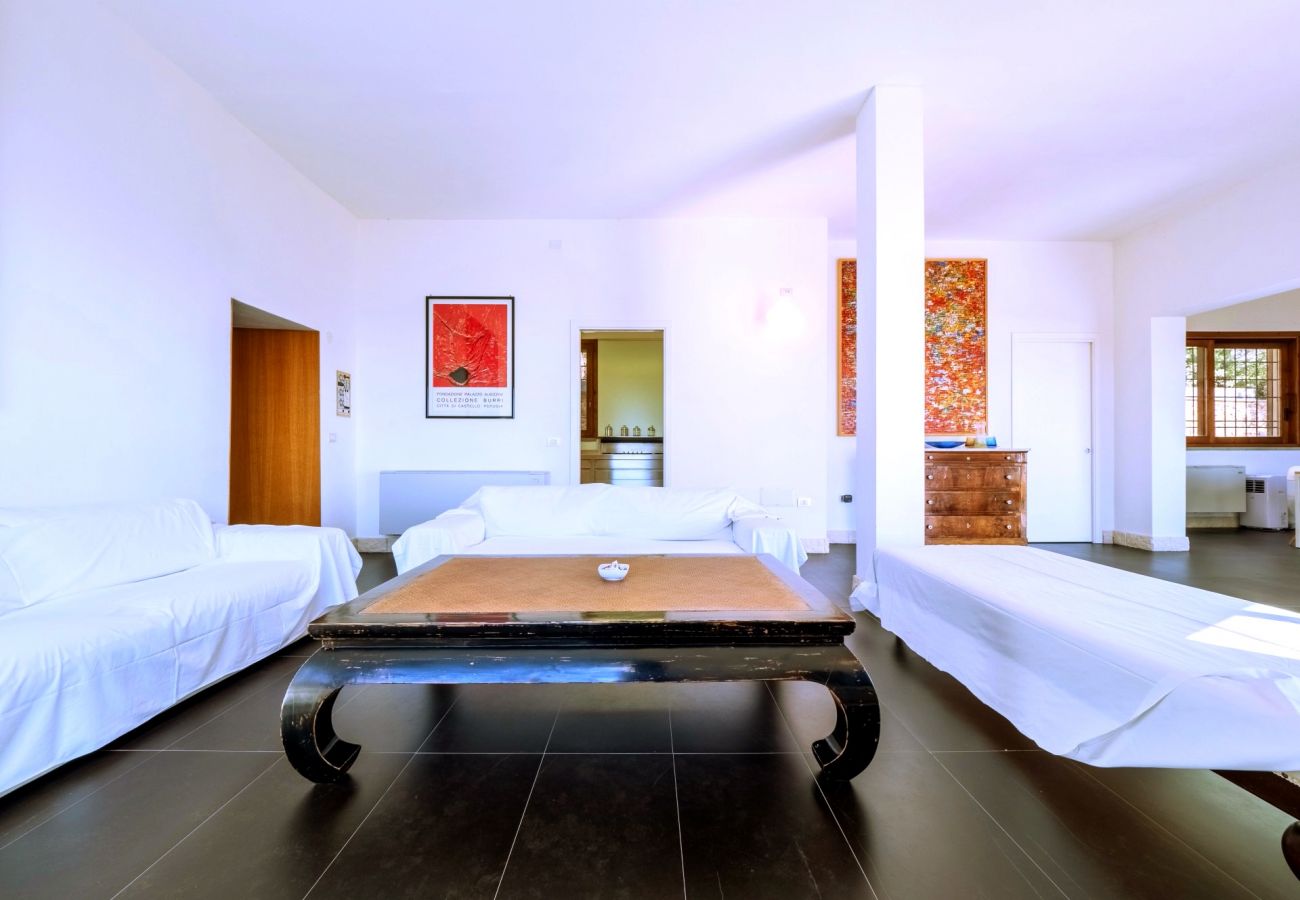 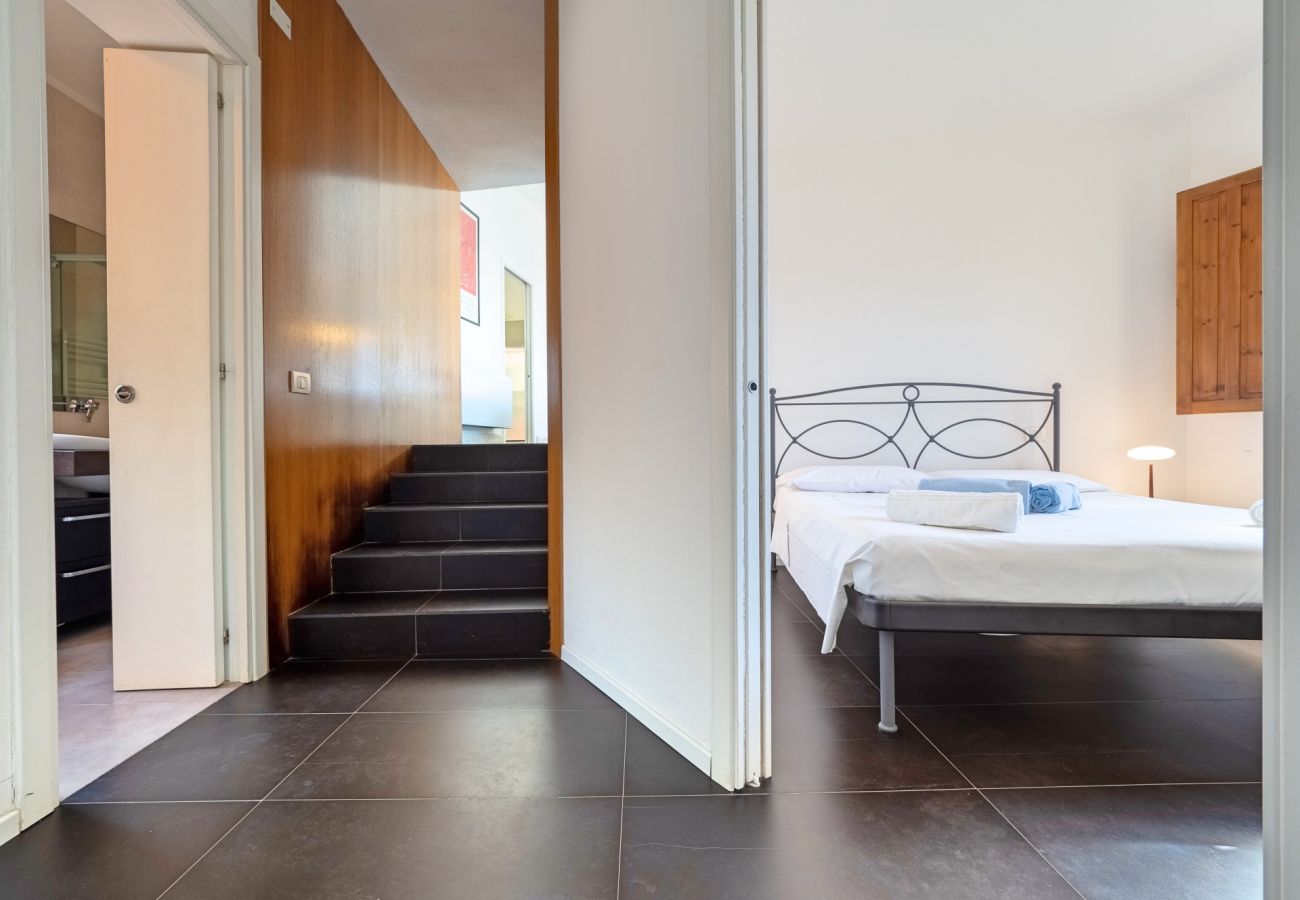 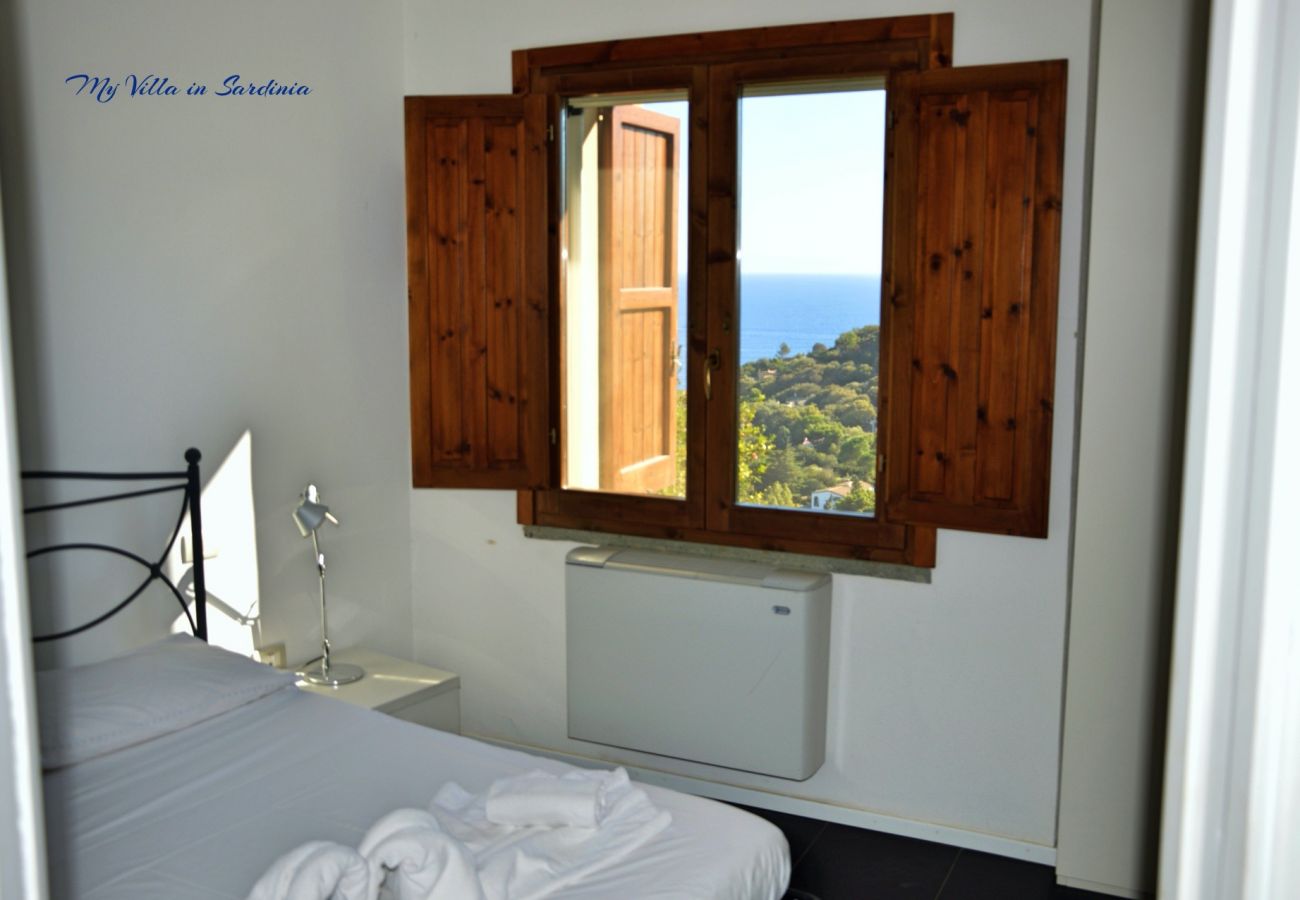 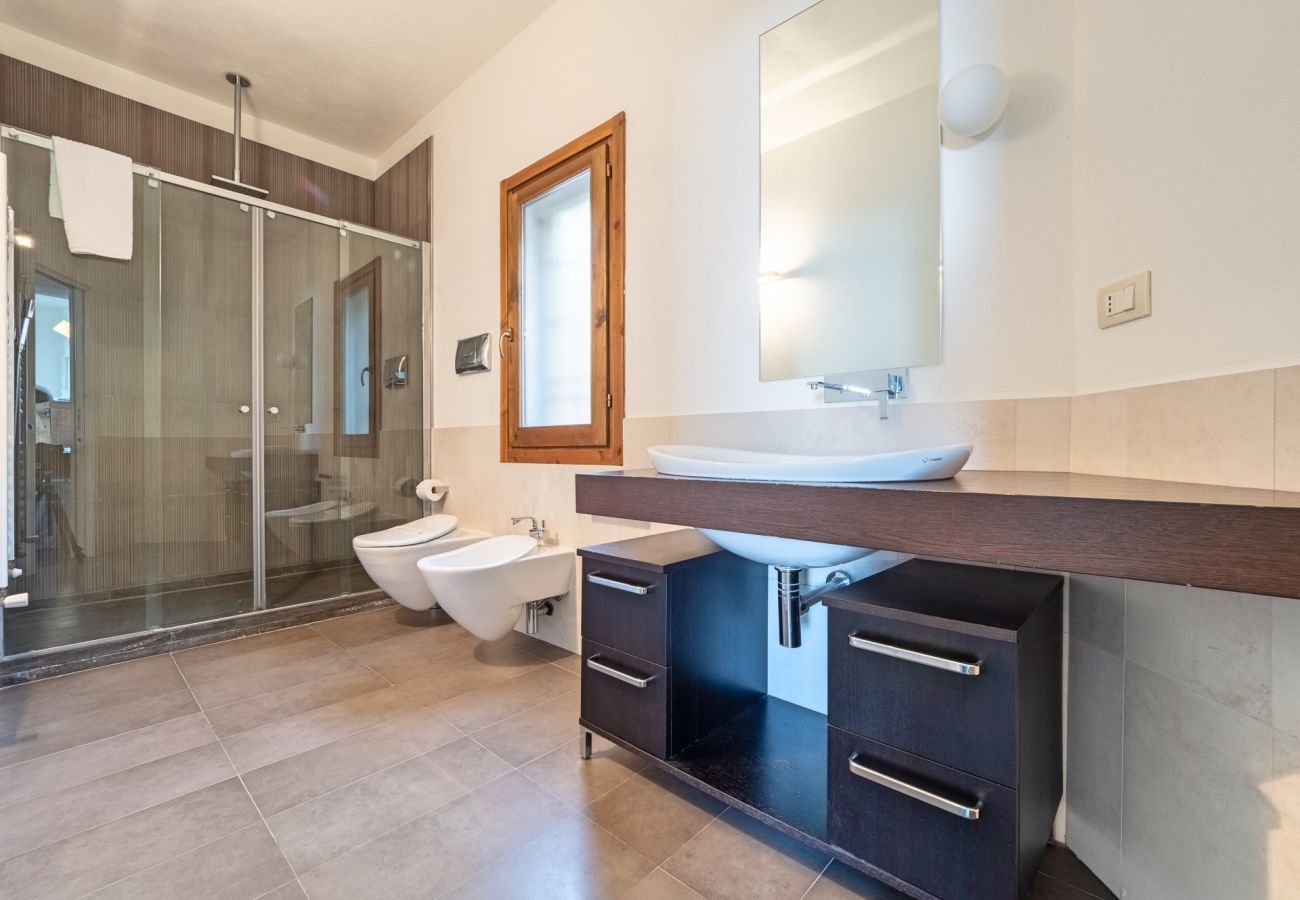 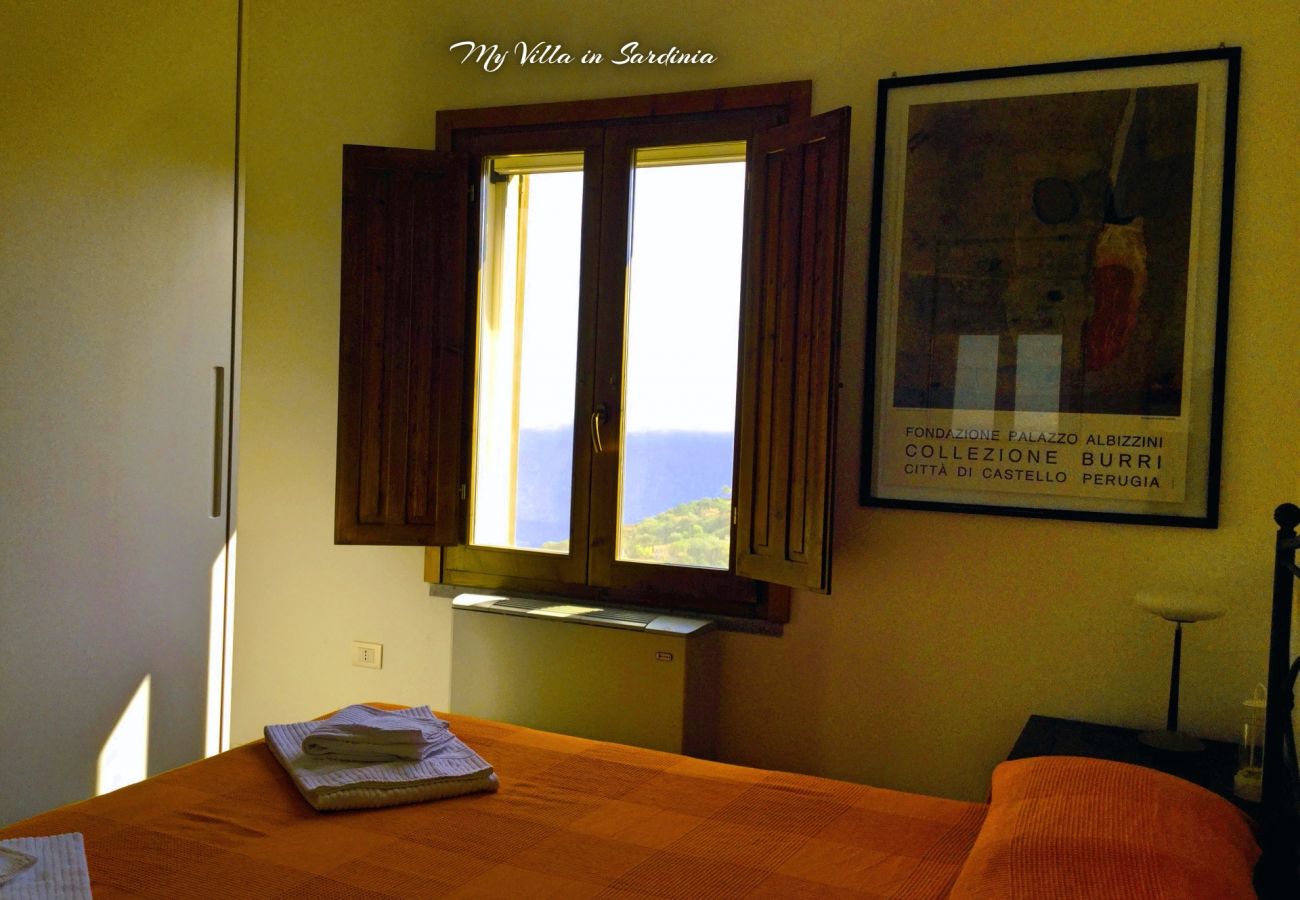 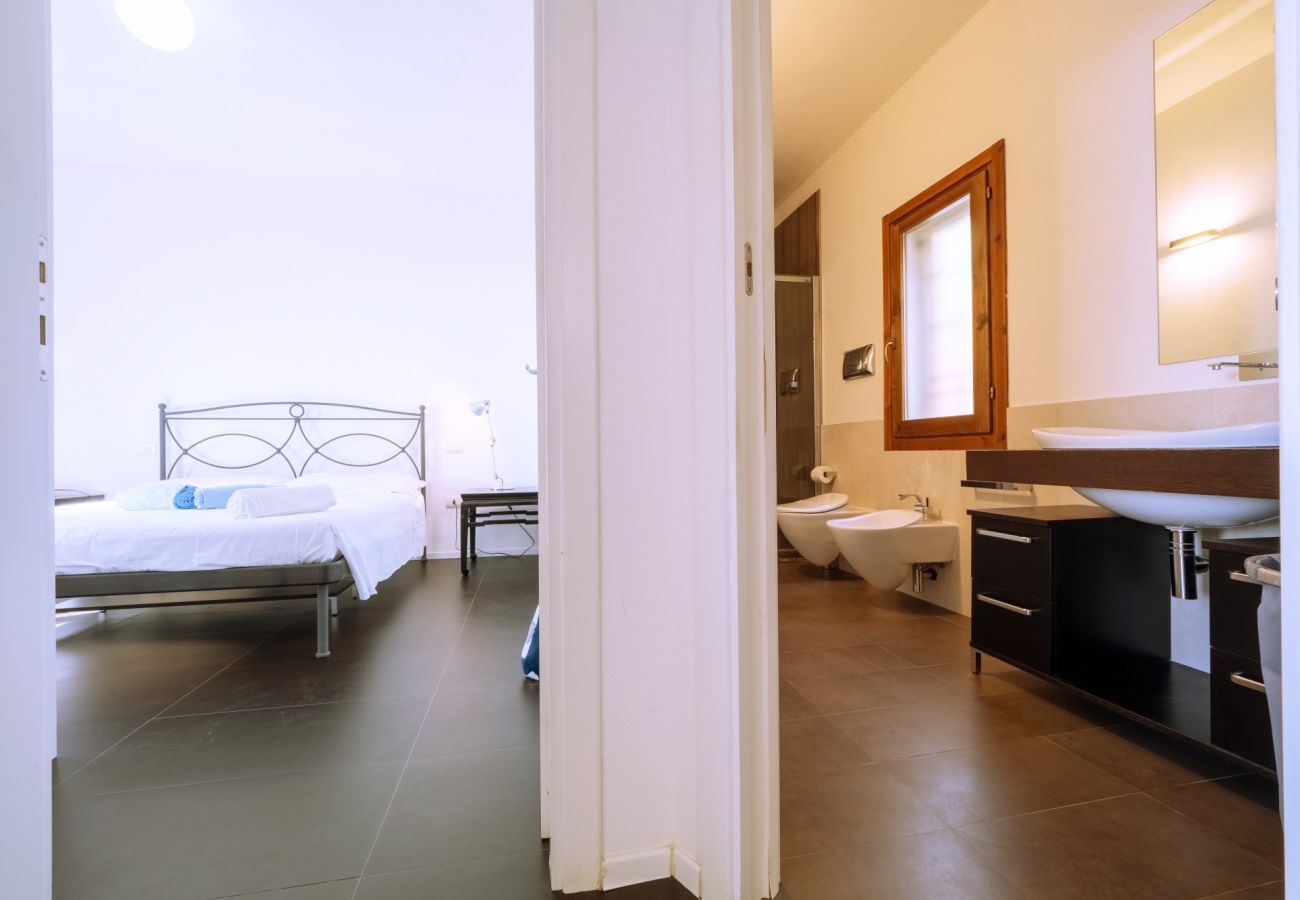 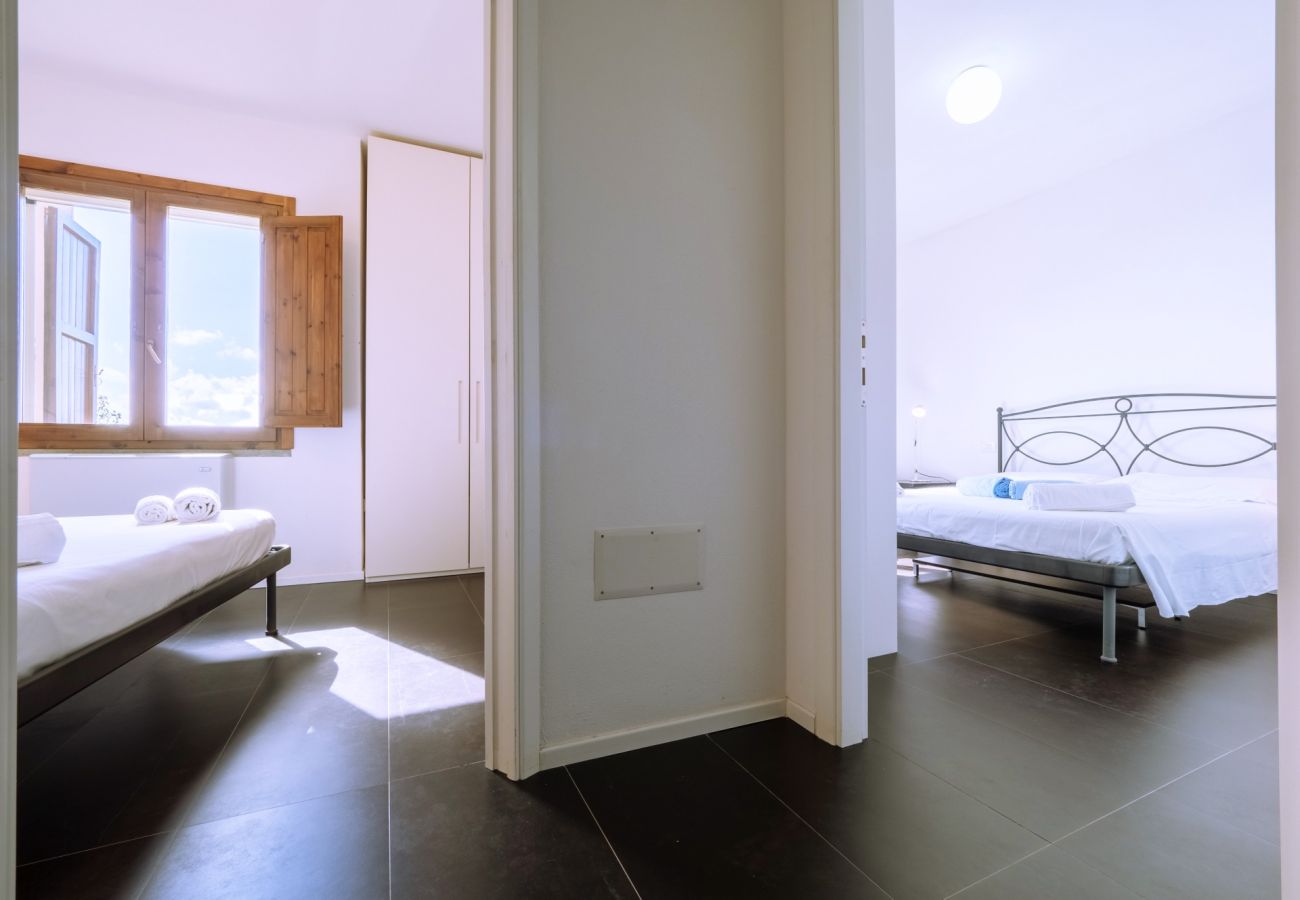 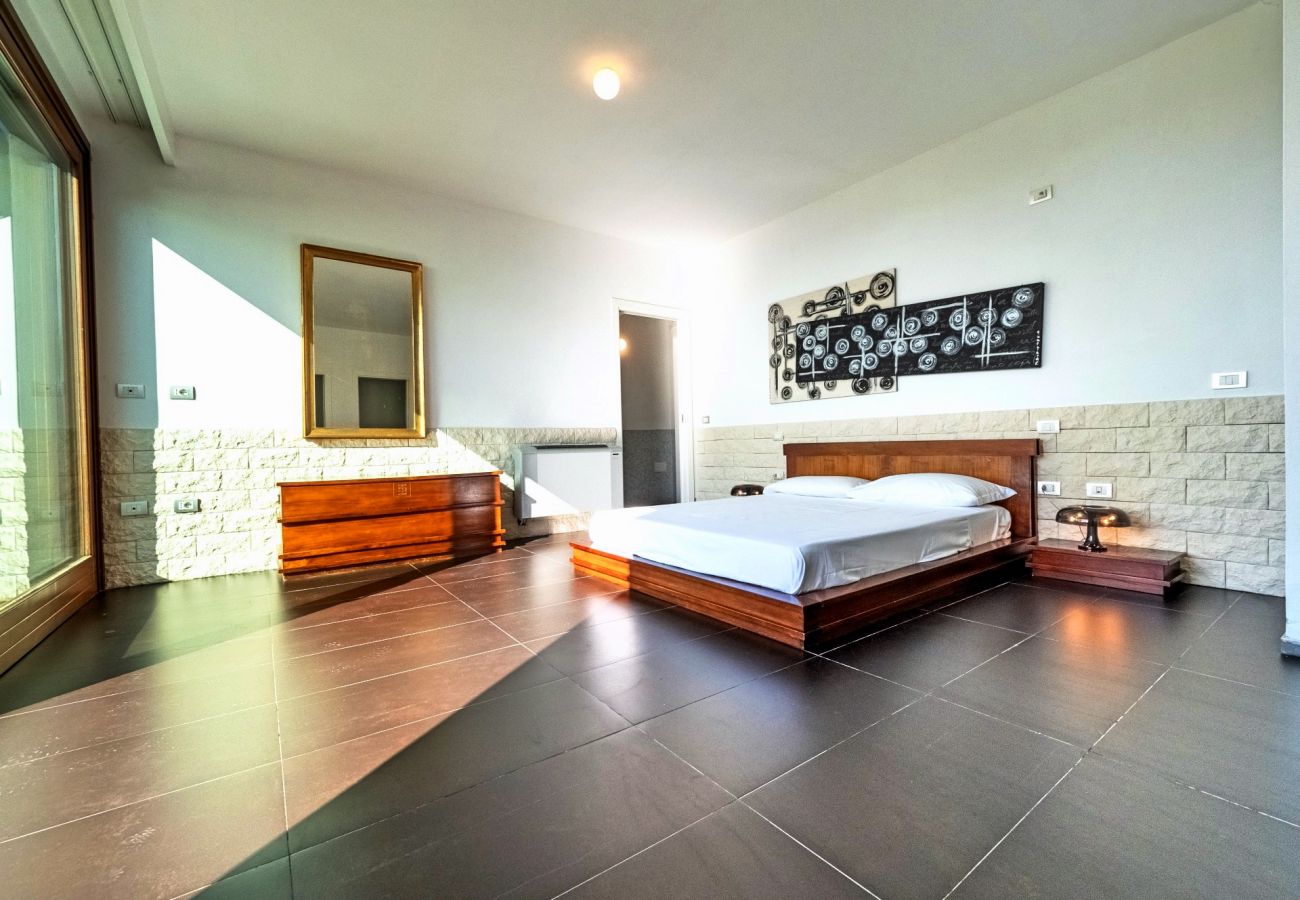 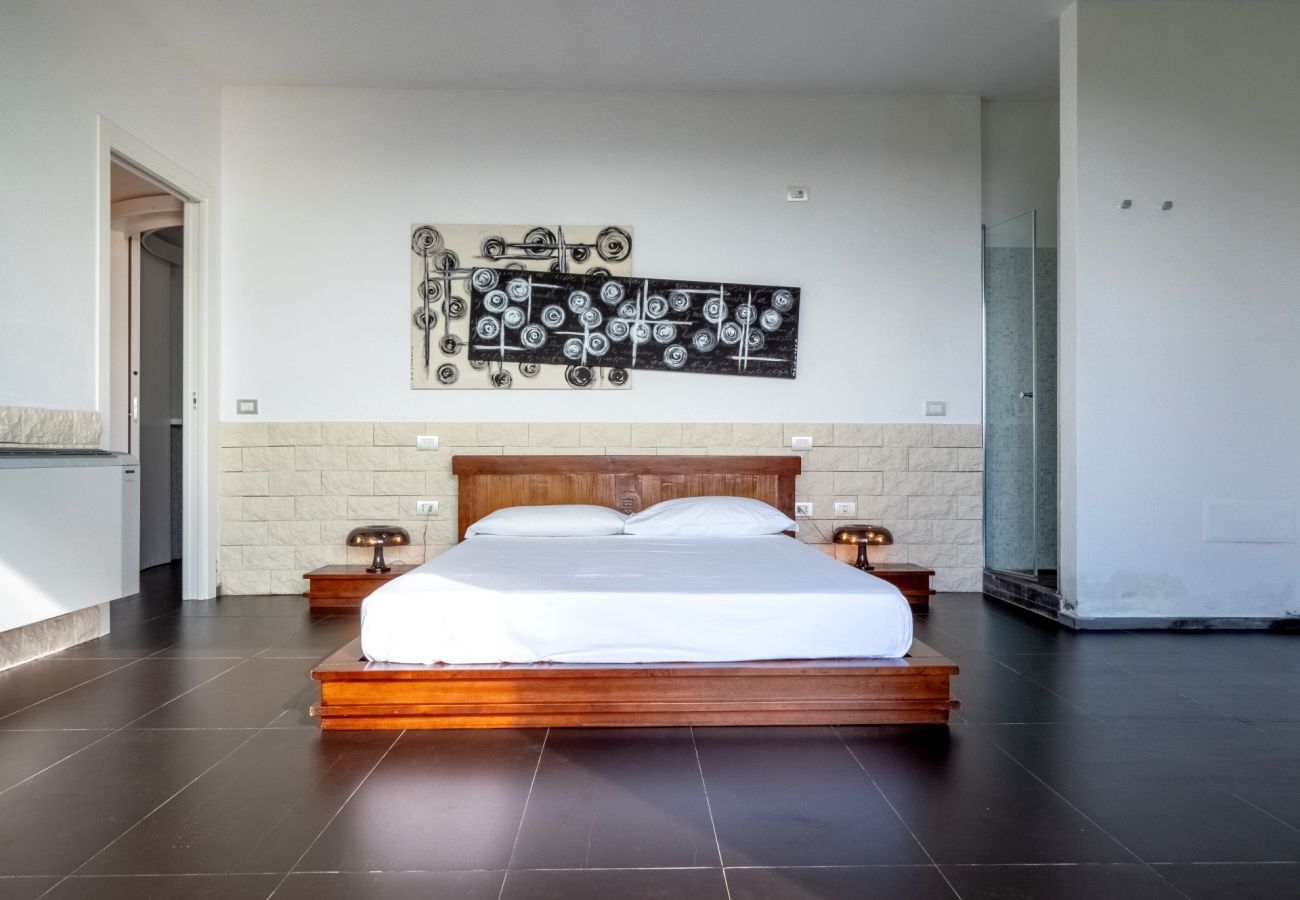 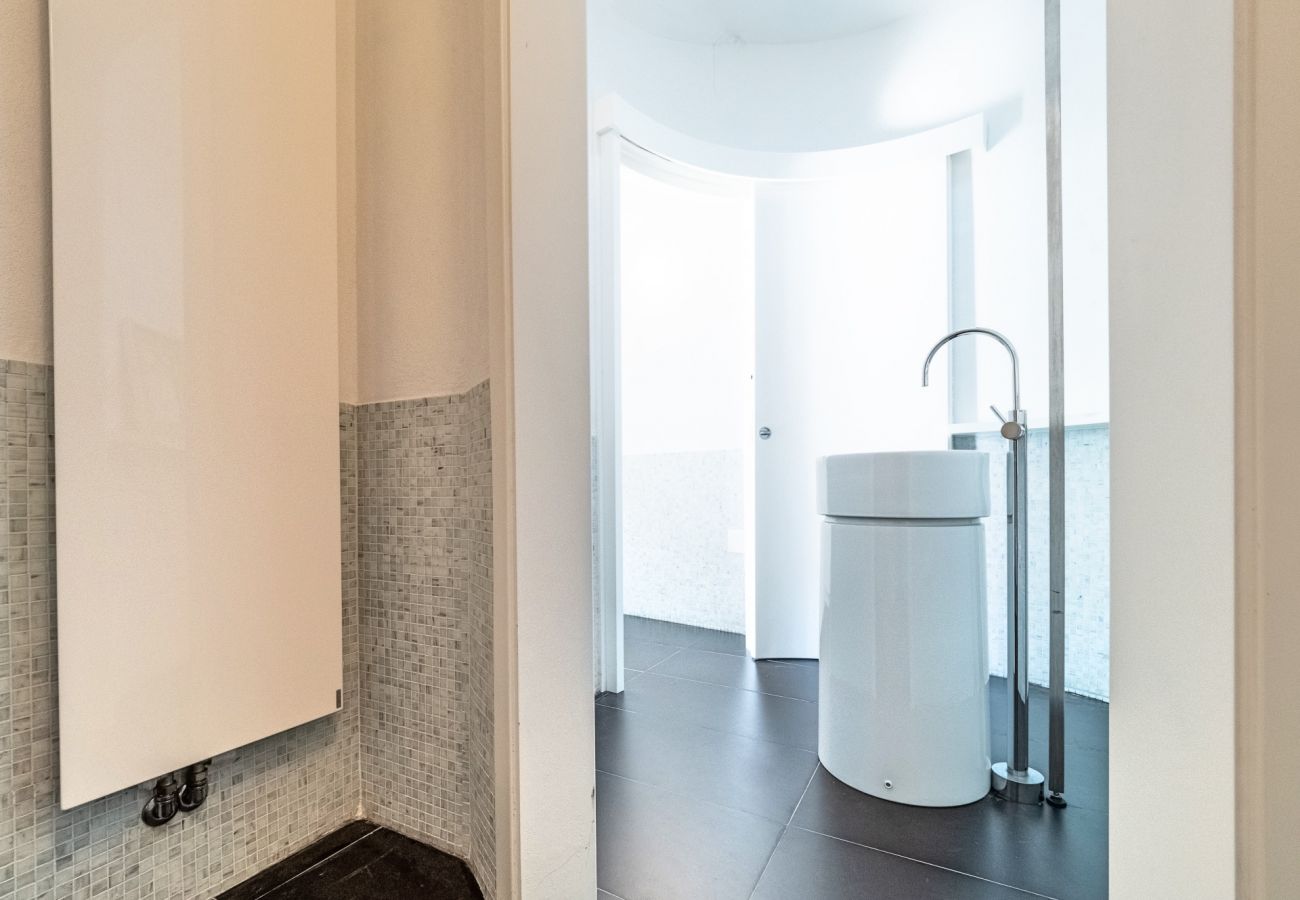 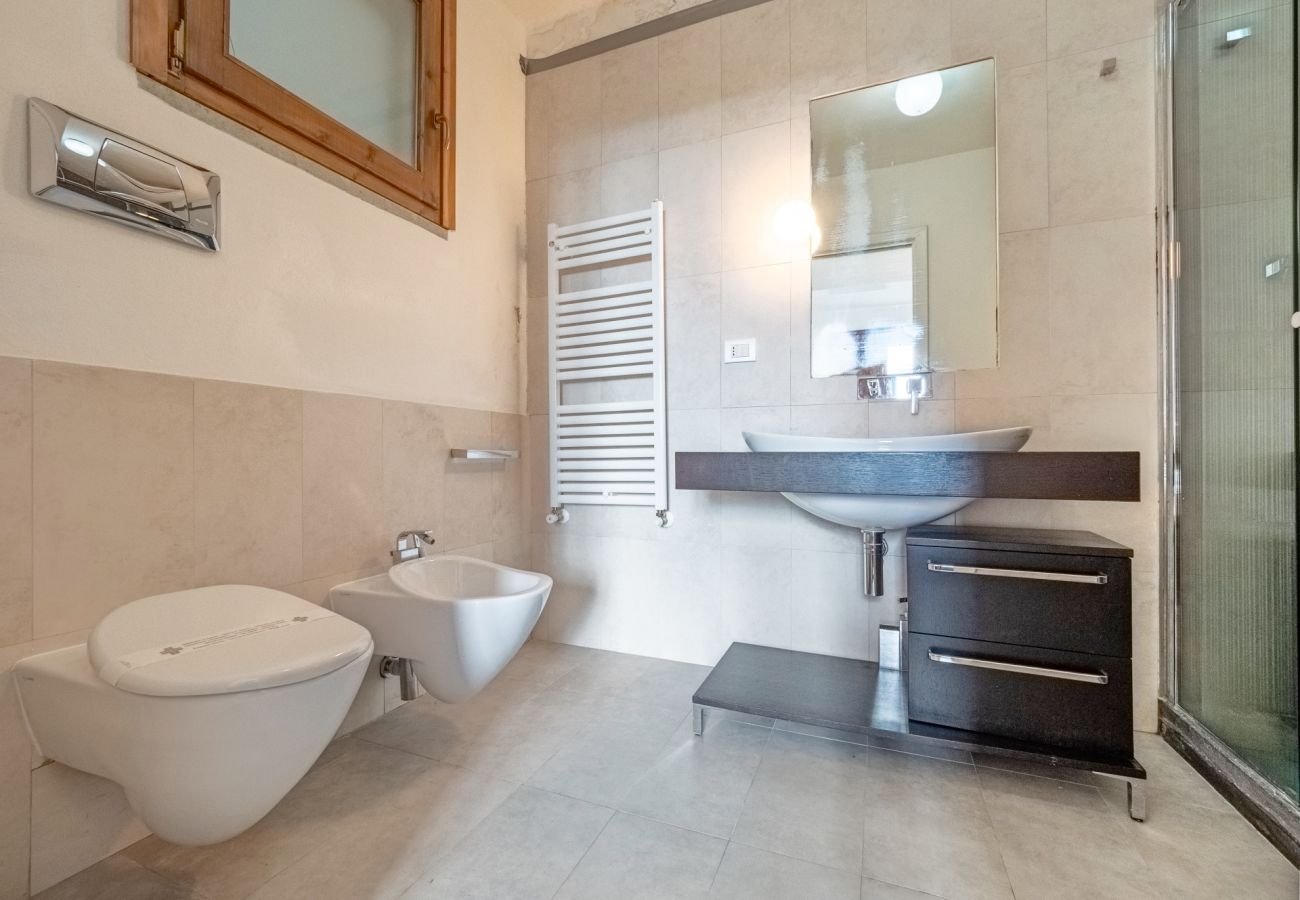 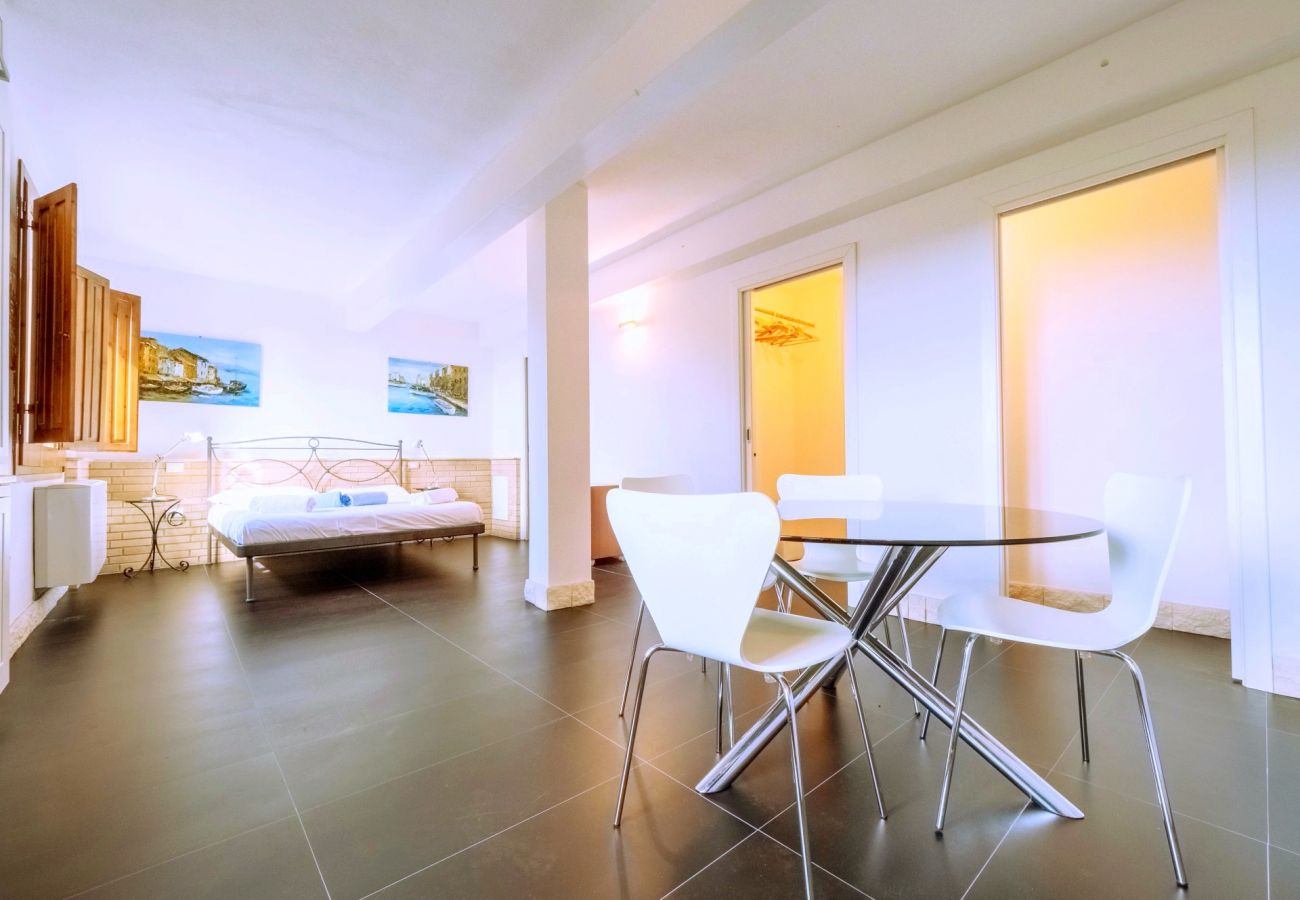 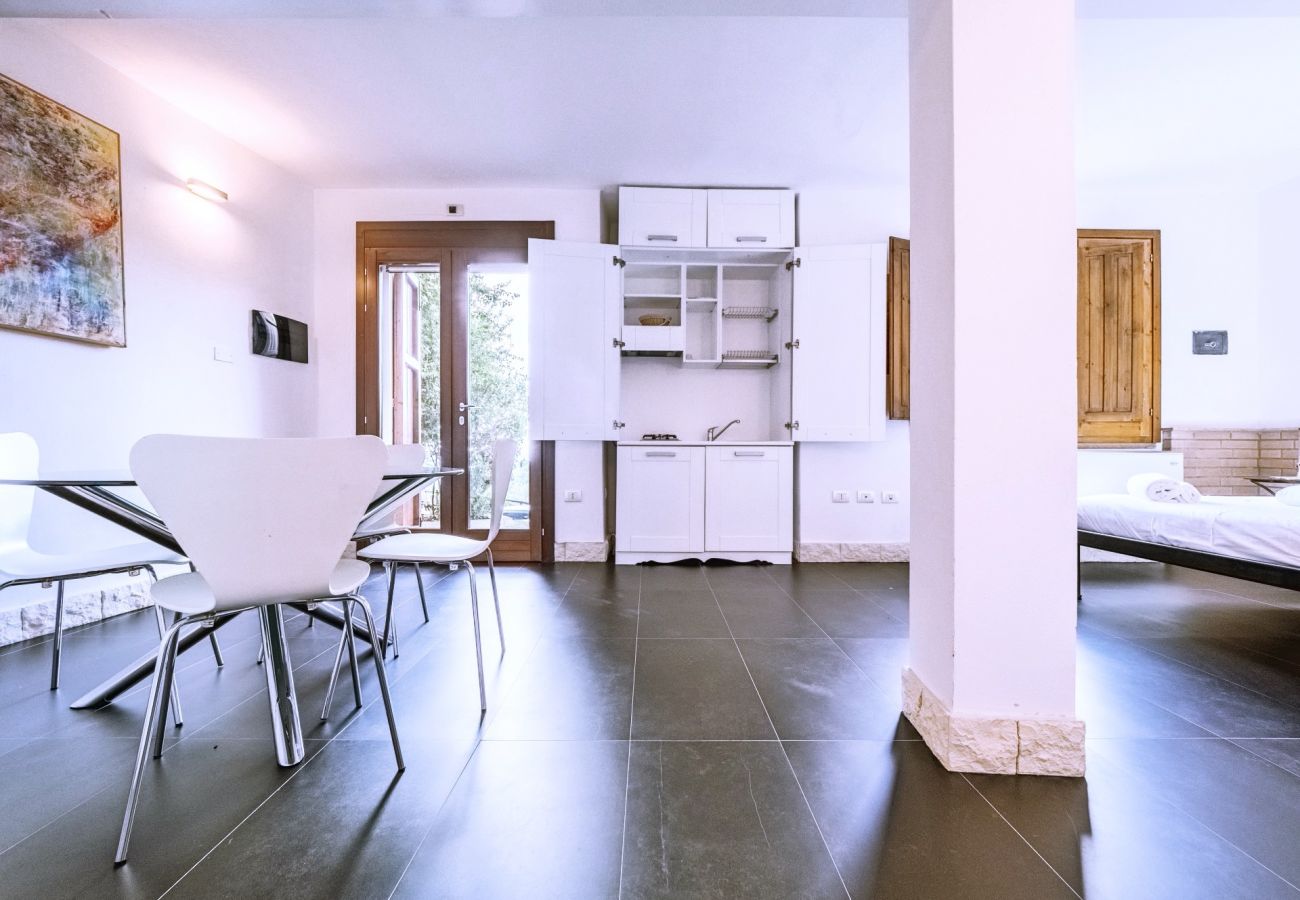 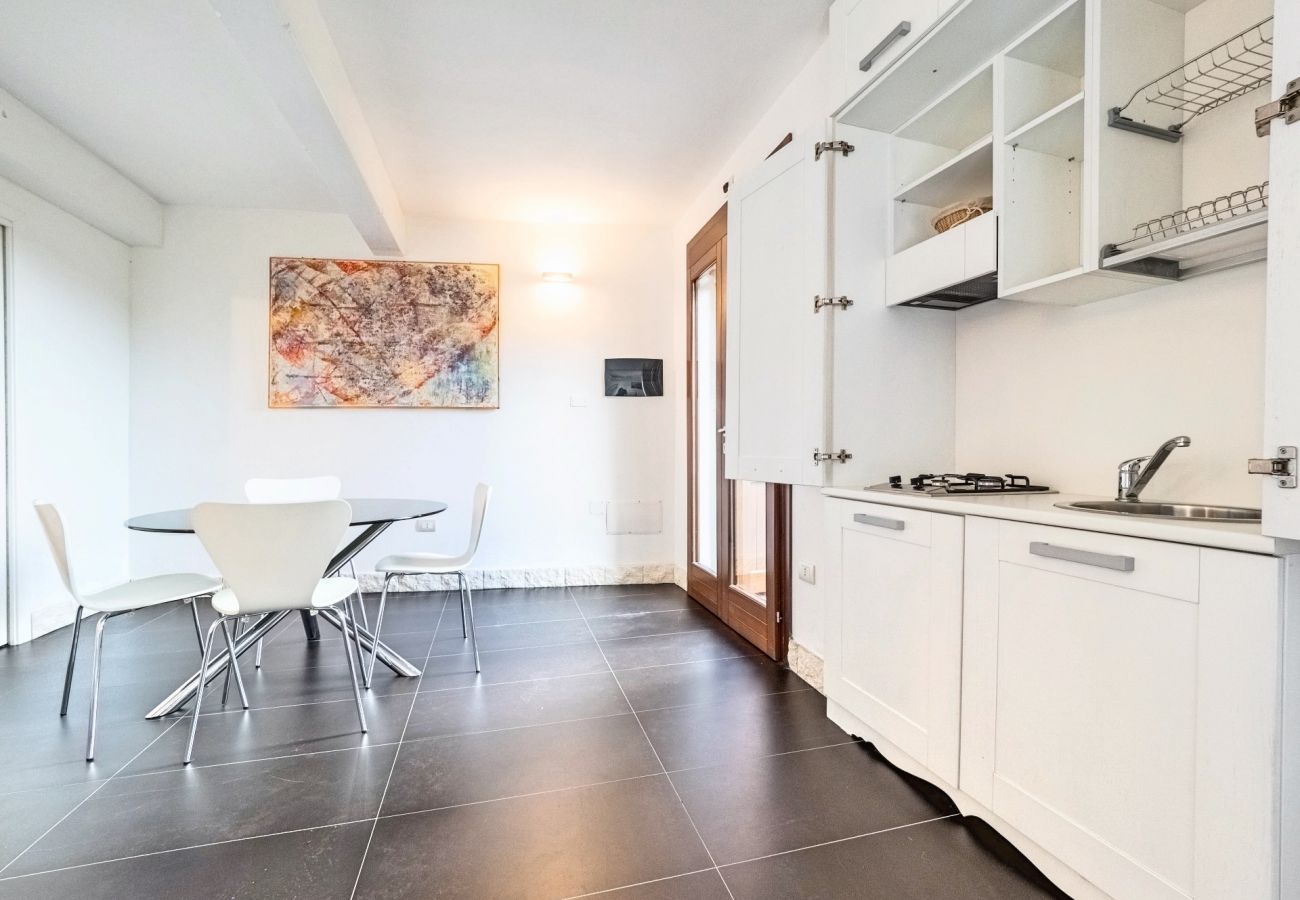 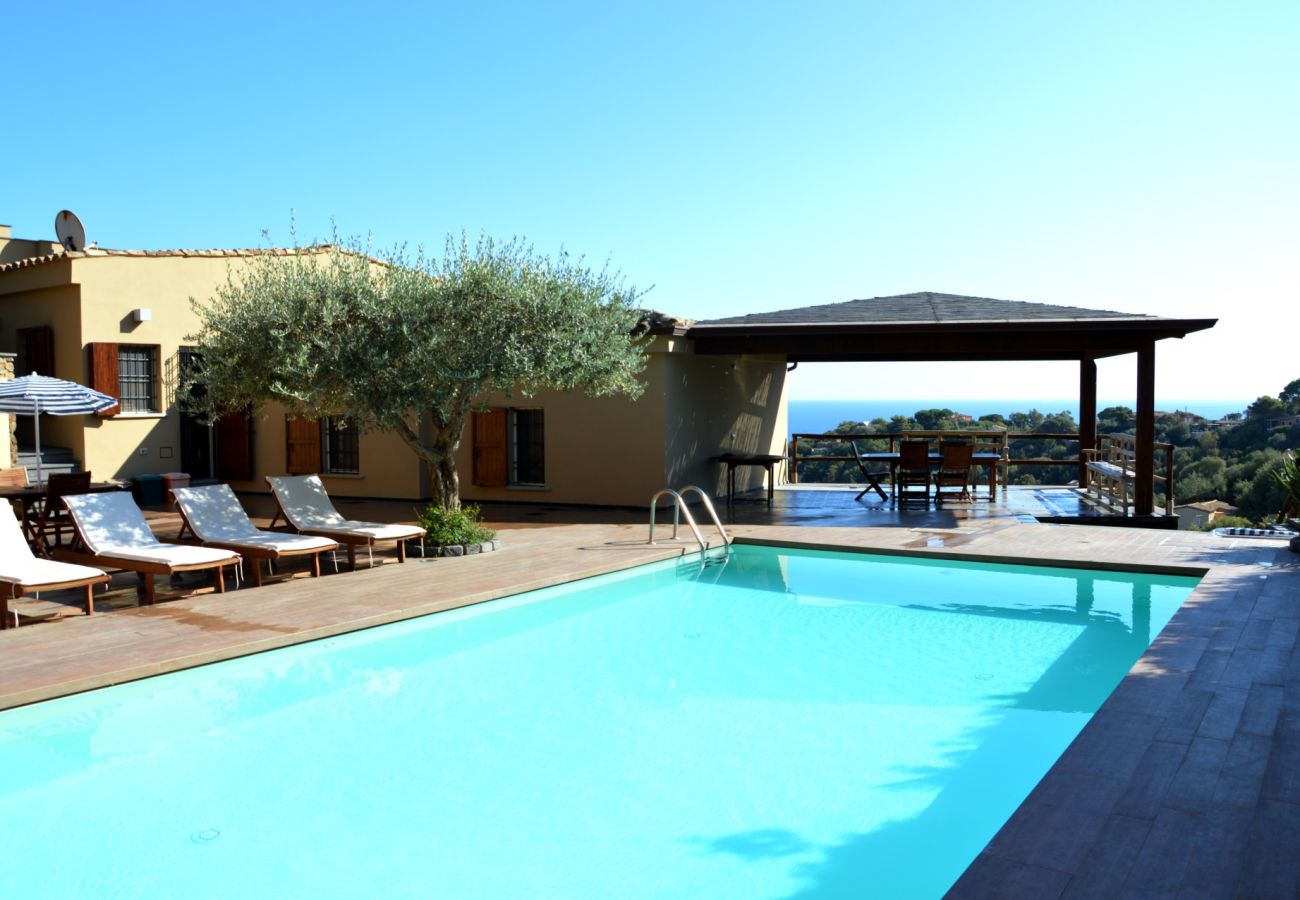 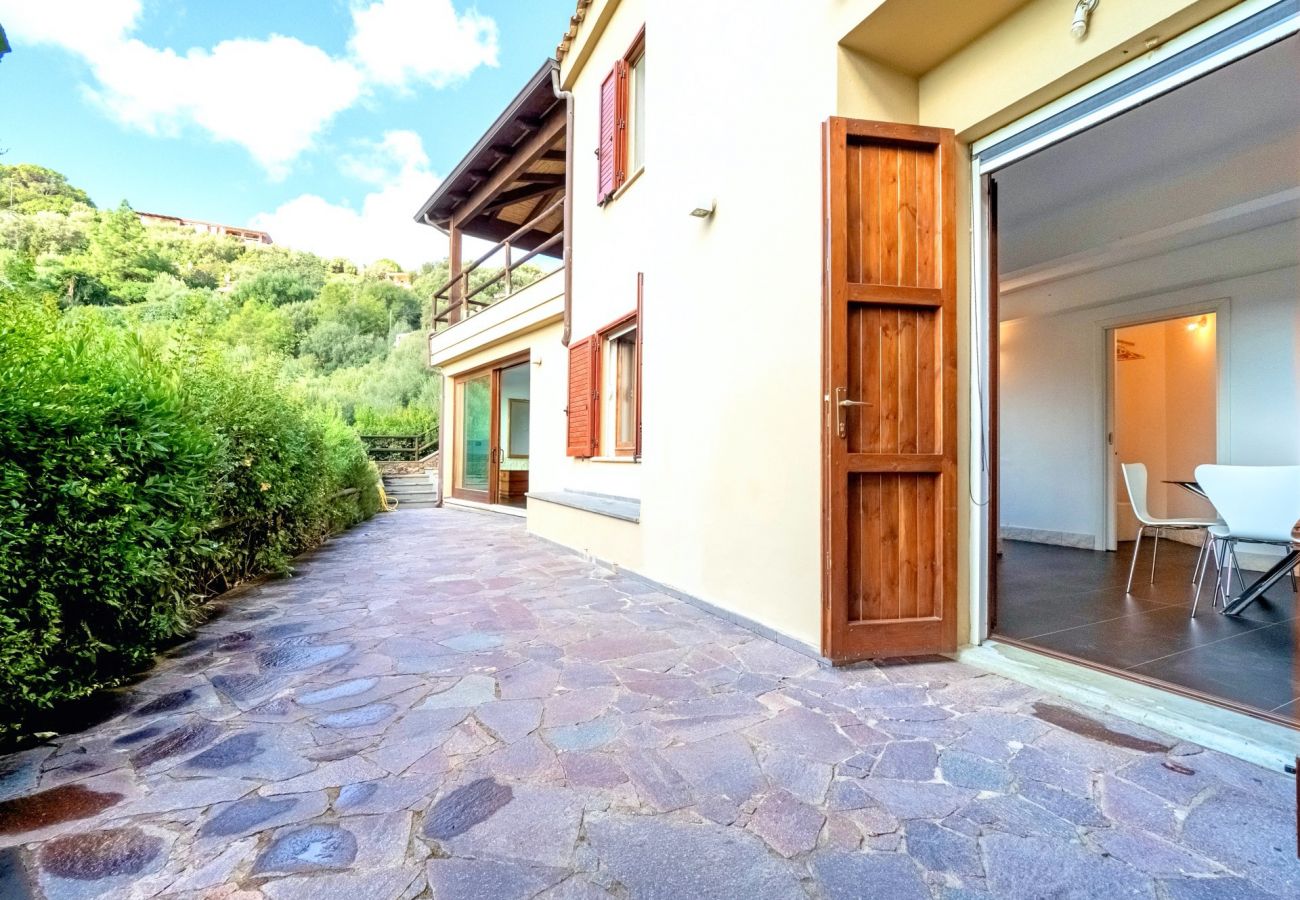 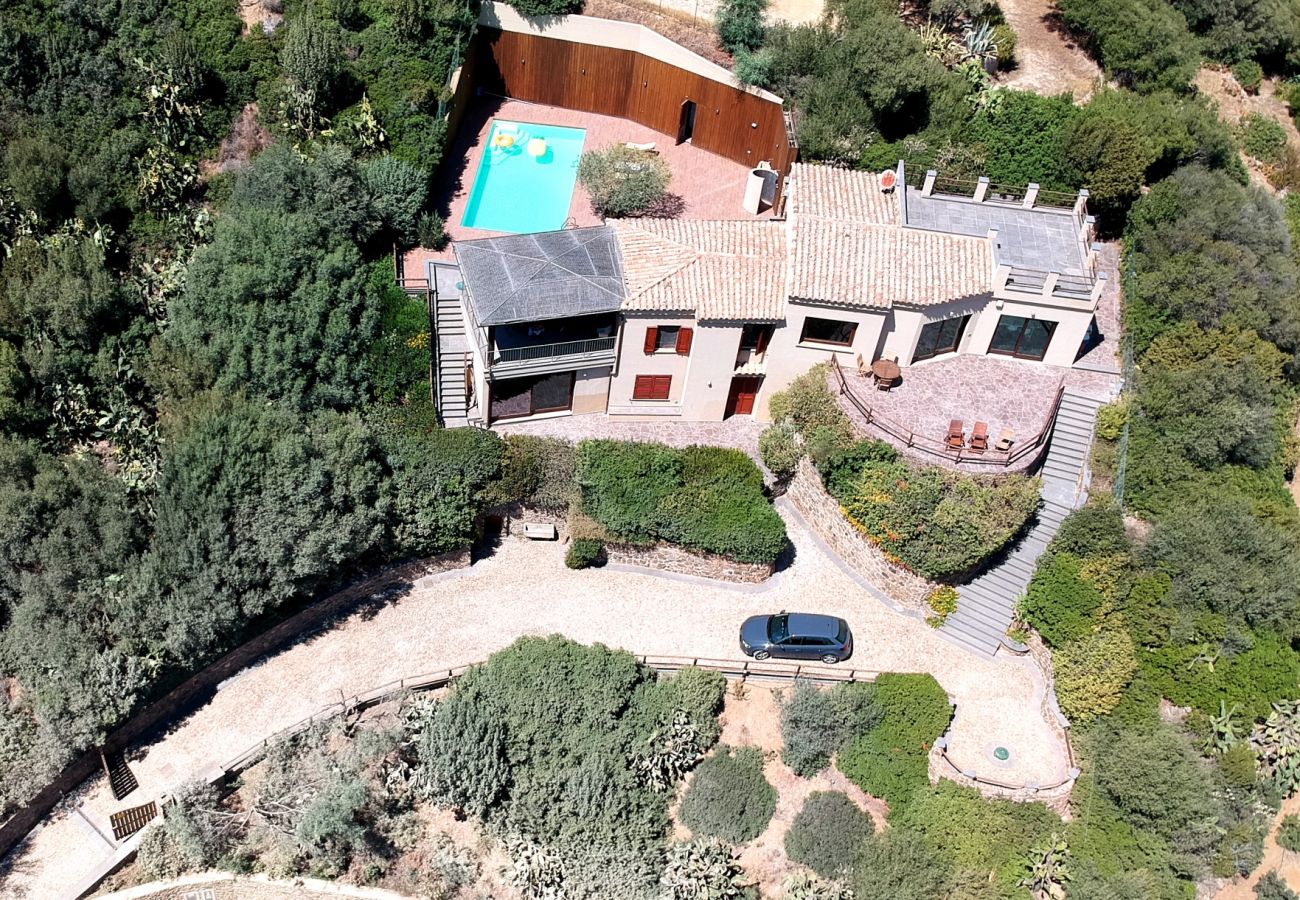 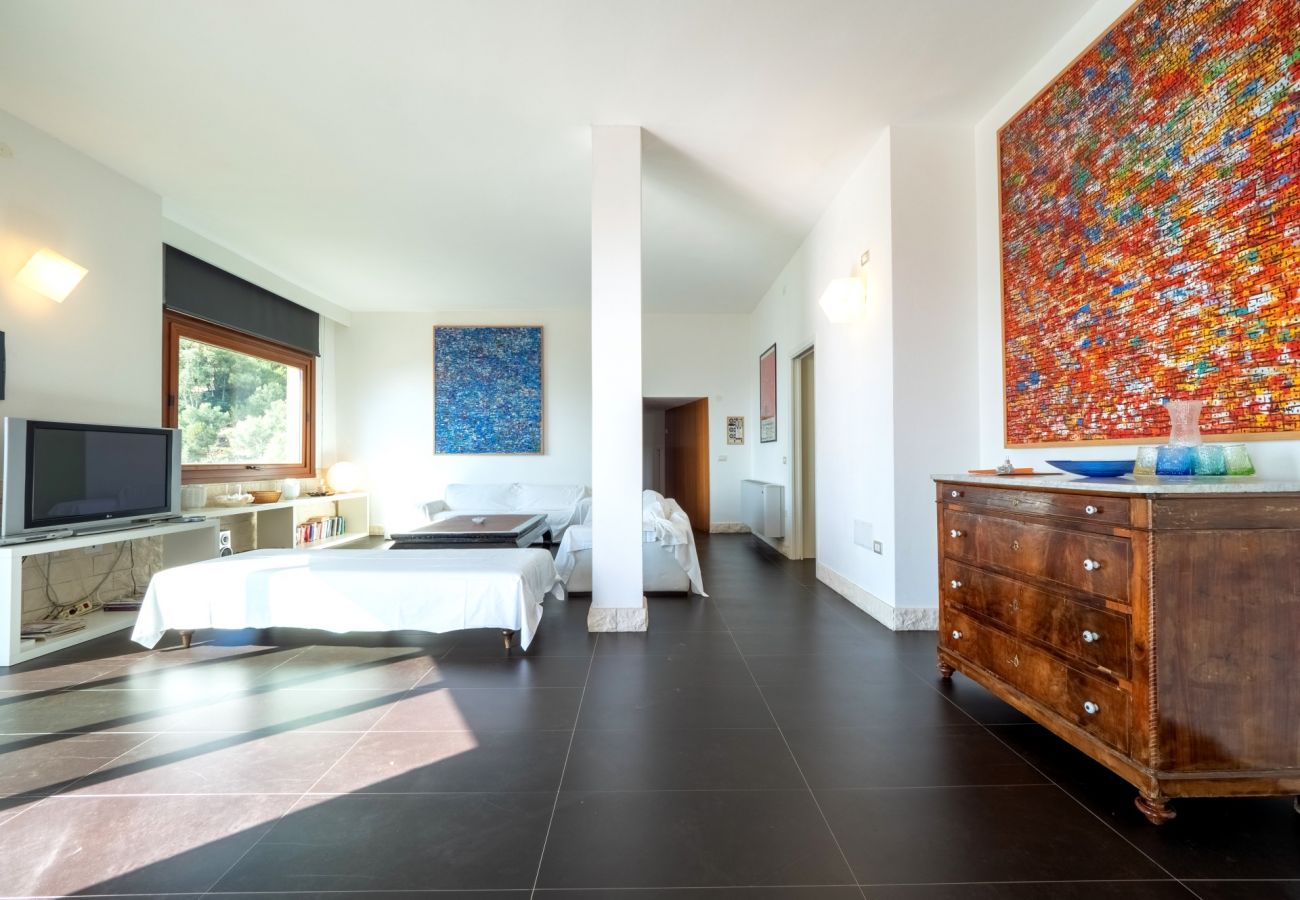 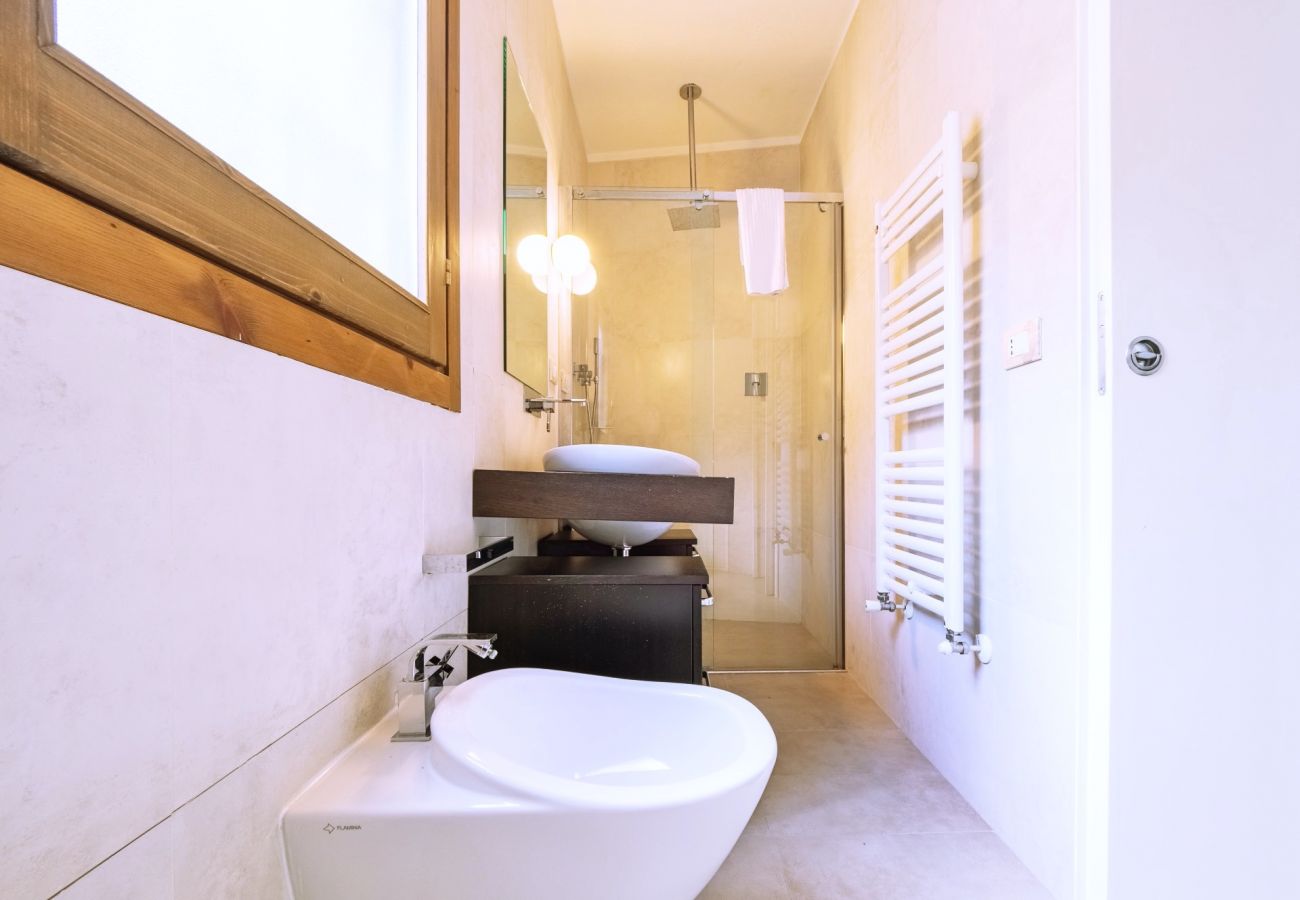 Panoramic villa with pool to rent in Sardinia
Maracalagonis - Villa

The villa is perfect for family and friends looking to spend their holidays together and yet unwilling to sacrifice their privacy. The villa is in fact divided into 3 apartments, the main apartment and two fully equipped studio flats, for a total of 4 double bedrooms and 4 shower rooms. Each apartment has its own independent entrance and the benefit of gorgeous sea views of the bay of Genn’e Mari in Torre delle Stelle.

The villa has been recently modernised and it is therefore presented in excellent conditions throughout with ample spaces both inside and outside.

Internally the villa is on two floors with the main apartment occupying the first floor, whilst the two smaller ones occupy the ground floor.
The apartment on the first floor is composed of:
- double reception room with French doors that give access to one of the panoramic terraces;
- dining room, also panoramic on the sea and with access to the panoramic terrace;
- stainless steel kitchen complete with dishwasher, washing machine and electric oven;
- two double bedrooms;
- two full shower rooms.
The kitchen gives access to the pool area and to a spacious covered terrace that overlooks both the bay and the pool. The terrace is perfect for al fresco dining.

The villa also has the benefit of barbecue and of built in outside shower.

An external staircase provides access to a roof terrace with even more spectacular sea views.

The base price is for 4 people and it only applied to the first floor apartment and for all the outside areas including the pool, the terraces, the garden and the parking area. There is an extra charge for every person over 4 people. For every party of 5 or 6 you will be given use of one of the smaller apartment. For every party of 7 or 8 people you will be given use of all 3 apartments. Please note that all apartment not rented by you will not be made available to anyone so your party will in any case have exclusive use of all outside spaces. Please let me know if this is not entirely clear.
The smaller apartments are not connected internally to the main one. They have their own independent entrance and are composed of:
Double bedroom with basic cooking facilities, fridge and shower room.

Villa Favorita is also fully air conditioned and 3 of the bedrooms are equipped with mosquito nets whilst the fourth is equipped with an electric fly killer.

Prices include water, gas and electricity except for the KW used to operate the air conditioning units for which we have a separate meter.

Torre delle Stelle is a real joy for nature lovers and for people that are not too keen on hotels and the likes. In fact Torre delle Stelle makes you feel as if you were in the countryside and yet on the seaside, most of the properties are either detached or semi detached villas. In fact Torre delle Stelle is an environmentally protected area and its beauty has been enchanting visitors since it was created 40 years ago. It has now become one of the most sought after areas of South Sardinia. Torre delle Stelle has 2 easily accessible sandy beaches, Genn’e Mari and Cannesisa. Both beaches have a parking area which is currently free of charge. In the nearby beach, Genn'e Mari, you can hire water toys and take swimming lessons, you can scuba dive or snorkel or hire a small boat for exploring the gorgeous nearby coast. Encounters with dolphins are becoming more and more frequent.
The village also boasts a few sandy and rocky coves that can be reached either swimming or by boat.

There are shops, restaurants, bars and pizzeria in the village. However, since Torre delle Stelle is only partly inhabited all year round the shops and restaurants are not opened every day of the year. They are opened every day (7 days a week) from around mid May to end of October. For the rest of the year one of the supermarkets and the nearby bars are opened from Friday to Sunday included. It is therefore possible to stock up with groceries and food during the weekend. Another option would be to go to one of the supermarkets on the way to Cagliari, which is roughly a 15 minutes drive.
Beach bars are usually opened from June to September.

Both beaches are ideal for snorkelling and for scuba diving. In the village there is also a scuba diving school which is ideal for anyone looking to learn to scuba dive. If however you are a proficient scuba-diver the school also organises guided excursions. There is a war ship 1.5 miles away from Genn’e Mari beach, and 56 m down the sea that can be visited by expert scuba divers.
Thanks to its position Torre delle Stelle is the area of Sardinia that enjoys the longest summer to the point that it is said to have her own micro climate. Other amenities in the village include: tennis courts, football and basketball grounds, playground.

Torre delle Stelle is situated on the South-East coast of Sardinia, 37 km away from Cagliari, Sardinia’s main town, and its airport and 20 km away from Villasimius.
More Details
Hide Details

Air conditioning: €0.30 /Kw
Air conditioning: €0.30 /Kw The KW used to operate the air conditioning units are not included in the price. The cost is of € 0.30 per KW. We have a separate meter for it so that you will be able to check consumption at any time during your holiday.
Arrival out of schedule: Included
Arrival out of schedule: Included Arrival outside office hours indicated in the accommodation task sheet
Bed linen: Included
Final Cleaning: Included
Final Cleaning: Included The villa is cleaned with disinfectant before check in.
Internet Access: Included
Open-air parking: Included
Open-air parking: Included There is enough space for three cars.
Towels: Included
Towels: Included We provide one large and one small bathroom towel as well as a pool towel per person. Fresh bath towels will be provided after 7 days for any two or three weeks' bookings.

Amount: €500.00 /booking Payment method: credit card, to be paid by bank transfer With the last payment.

- No smoking
- No pets allowed

From the booking date until 31 days before the check-in, there is no cancellation penalty

In case of cancellation the following charges will apply:

9.8 12 reviews
All English
All reviews have been checked and authenticated. Once you have received a 'rate your stay' email based on your confirmed reservation, you can leave an accommodation review.
Show more
Show less
€200.00 /night
Dates
Price for  nights
Book
Dates